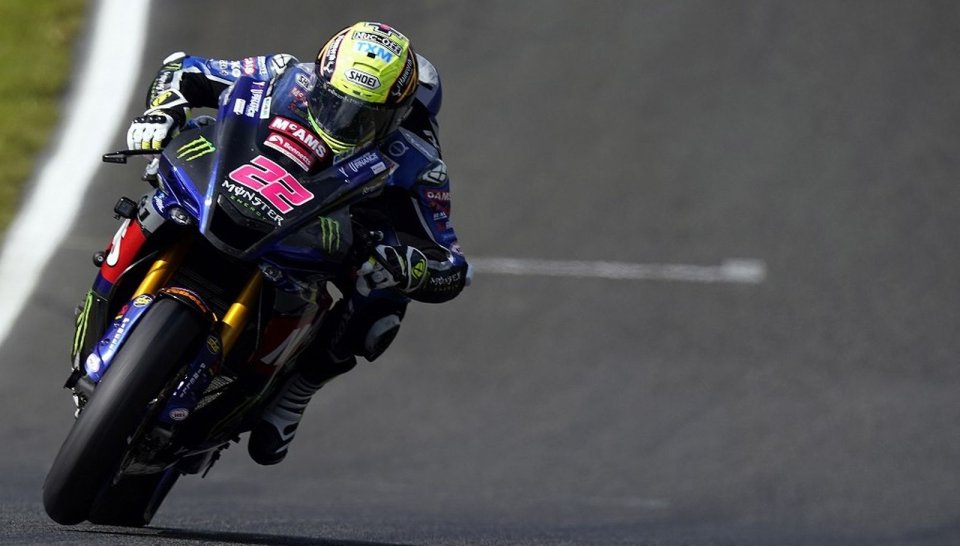 Despite the 11 victories and 22 podiums he achieved out of a total of 33 races, Jason O'Halloran surprisingly did not become the 2021 British Superbike Champion. Undisputed dominator of the Regular Season, he subsequently saw, first hand, the strengths and weaknesses of the overseas format, decreasing the conspicuous margin of advantage he had over his pursuers, caused by a couple of slip ups too many in the Showdown. In an interview with colleagues from Bennetts.co.uk, the Australian rider spoke freely of the mixed emotions he experienced during the past season.

"It has been an exceptional year, where it’s impossible to actually believe that I wasn’t able to win the championship, given the great number of victories and podiums,” he began. “In any traditional season, I would certainly have taken it home. I made fewer mistakes than all my rivals but, unfortunately, two of them happened in the decisive moment of the Showdown. It was almost as if, in the end, the punishment didn’t fit the crime, but that's the way the BSB works."

Officially entered into force in 2010, the Showdown has the main objective of keeping the games-title open up to the final races, in order to prevent decisions already reached well in advance. And like what happened to several illustrious predecessors, O'Halloran also paid the price when the cards of the regulation were shuffled, so much so that he ended up with only 30 margin lengths (he actually had 106 at the end of the Regular Season) and lost 70 against the newly reigning champion and his teammate, Tarran Mackenzie, in just three rounds. "The hardest thing to metabolize is that, unlike most of the other competitors, I was the only one who was at a disadvantage. If there are thirty riders on the grid, there’s one who losses and another twenty-nine who benefit,” he pointed out. “No one will ever ask you if you’re in favor or not, because everyone actually is, since it represents a lifeline, and it worked for some. So, yes, under the circumstances, I’m absolutely not in favor of the Showdown because the damage I suffered. A whole year of sacrifice and work out the window, since I failed to be crowned champion. I’m definitely convinced that, if it had worked in my favor, personal opinion would be totally different. It’s part of the game.”

Even if the BSB's most prolific campaign wasn't enough to hit the jackpot, O'Halloran looks forward to the 2022 season with confidence, since he’ll be returning to the McAMS Yamaha to try to conquer the championship. His desire for redemption is palpable, even if last year's bitter ending was very hard to swallow. "I think it would bother any rider.  It's not easy to swallow at all. The disappointment almost broke me, but I’m very lucky to have a great support network behind me. I've been through a lot of the worst moments in my life, injuries first and foremost. The important thing is not to break down and gradually look at how to get back up. In fact, I feel energized and more motivated for next season than in the last five years. It’s strange because, if you had talked to me two months ago, you would have thought the exact opposite. I feel perfectly rested, and I'm ready to rock and roll again,"  he admitted.