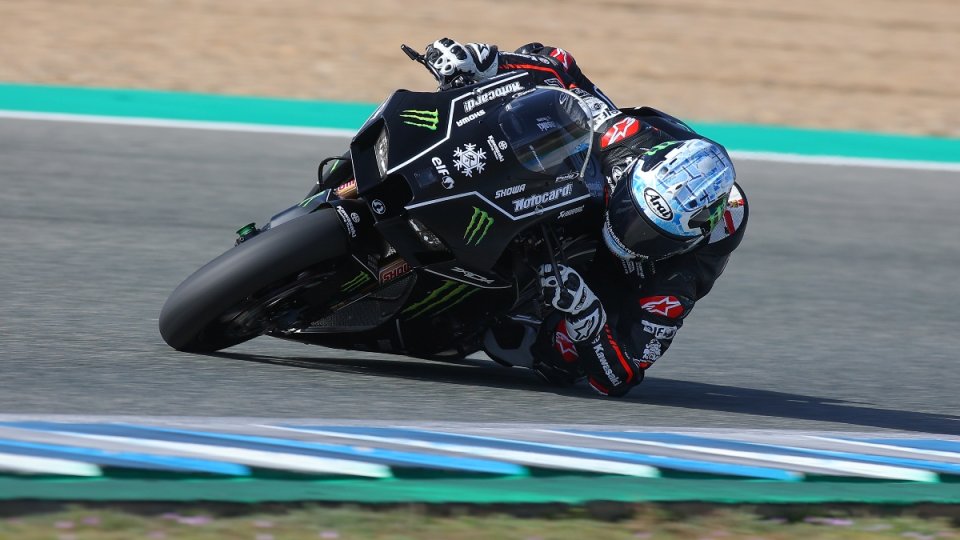 The lights went out at 6 pm, and the curtain fell on the two-day tests in Jerez, with the official Honda and Kawasaki teams in action between yesterday and today, with also Puccetti.

The best in  these tests in Andalusia turned out to be the one and only Johnny Rea, with a time of  1'38”851, practically in line with his 1'38"831 in 2020. Given the limit of ten days on the track imposed for the tests by regulation, the rider from Northern Ireland only took advantage of this afternoon, doing 61 laps and putting the competition in line.

A clear and direct message from #65, the only one able to stay under 1'39 during these two days. Behind him was Lowes' Kawasaki, delayed by almost a second and a half, while Lucas Mahias' ZX-10RR was third, forced to face a gap of only two and a half tenths from the British rider.

Apparently, Rea danced to his own tune, while the others were forced to chase him. Let’s remember that Honda didn’t get on the track today, opting to keep their test days for later on. Vierge excelled with HRC yesterday and a time of 1'40"342, while Lecuona’s was 1'40"496.

Now everyone’s focused on the Portimao tests, February 8th and 9th. Among the official teams, we’ll see Ducati, Yamaha, and Kawasaki in action, with the addition of Petrucci and the Ducati V4 MotoAmerica version.

Finally, in the SuperSport, the fastest turned out to be Niki Tuuli riding the MV Agusta. The rider from Finaland stopped the clock at 1'42 ”341 ahead of Can Oncu.