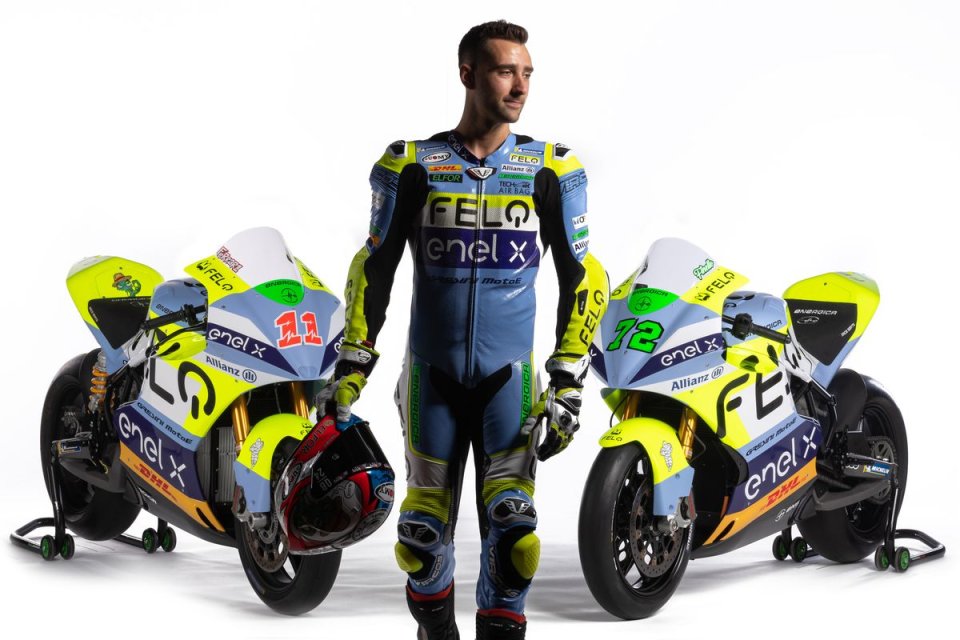 Matteo Ferrari is now a MotoE veteran, having competed in all three editions of the championship to date, winning the title in 2019 and staying in the fight to confirm his title in the following two seasons. Today he unveiled, along with his new team-mate Alessio Finello, the Energica bike with which he will attempt to win the title again in his final season on the bike that will make way for Ducati in MotoE from 2023.