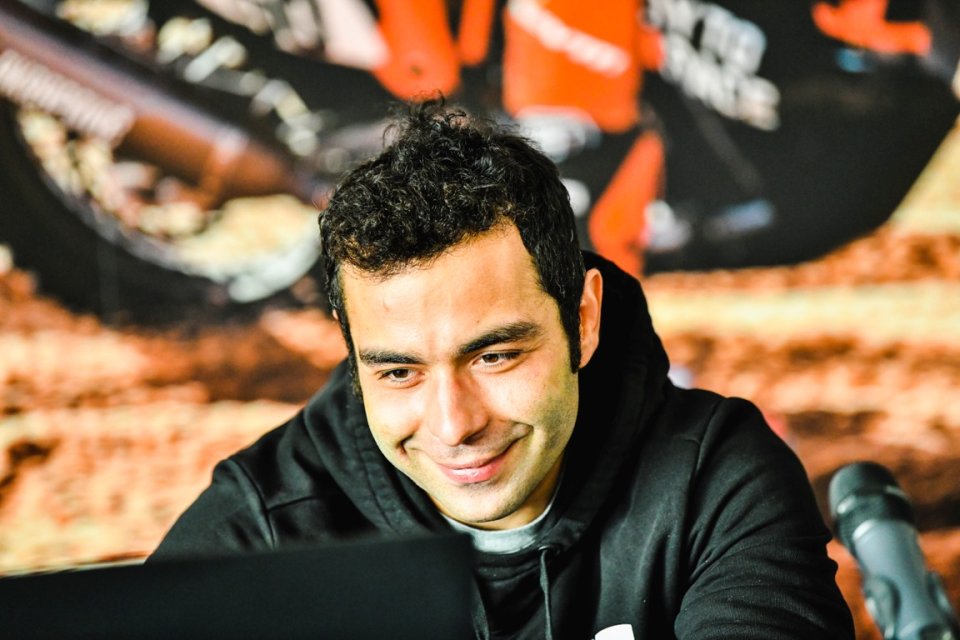 He was riding an Austrian motorcycle, but he was wearing a helmet that was fully Made in Italy. About ten days after the end of the Dakar, Nolan wanted to celebrate Danilo Petrucci's adventure in Saudi Arabia. The rider from Terni surprised everyone at his first appearance in the raid and, among other things, he also won the 5th stage on the day of the Epiphany.

An adventure that will remain forever engraved in his mind, and in the minds of his many fans, and one which he’s possibly waiting to return to next year. At the Brembate di Sopra headquarters, Petrux received compliments and recognition for what he accomplished from  CEO Panacci and his manager, Vergani.

“What can I say. Almost two weeks have passed since the end of the Dakar, but I'm still exhausted,”  Danilo began. “I’m getting back into the rhythm of things and my traditional routine, since I’d go to bed at eight in the evening in Saudi Arabia, and my alarm clock would go off at three in the morning. I’m still bruised, like my leg, but I’m recovering step by step."

In Saudi Arabia, Petrux lived in a kind of parallel universe.
"Besides to the competition, the Dakar is the sharing of an experience. A difficult experience to describe, because your emotions are indescribable. I‘m thinking of the adrenaline, as well as the charm of the desert and sky. It's an adventure that leaves a mark on you, because you get the chance to detoxify yourself from everyday life."

Who knows if we’ll be seeing him at the starting line next year.
"Why not? I’d like that. Going back would be cool.”

There are lots of behind the scene stories regarding his adventure, before he started the race.
"Shortly before starting, Gigi Dall'Igna called me and told me to go slow,” he recalled, jokingly. “But, above all, to be careful. Maybe I didn't go as slowly as he wanted, but I think I had a good race anyway, even if the tiniest thing at the Dakar is enough to ruin everything.”

He explained.
"In the Dakar, to gain even just two seconds, you try to take risks and, in less than half a second, you end up throwing everything away. You might take a wrong fork, or there’s a chasm behind a dune, or you can't control everything that happens to you."

Fear?
"The fear is always there but, in the end, it’s what calms you down. But I felt more free than afraid in the desert.”