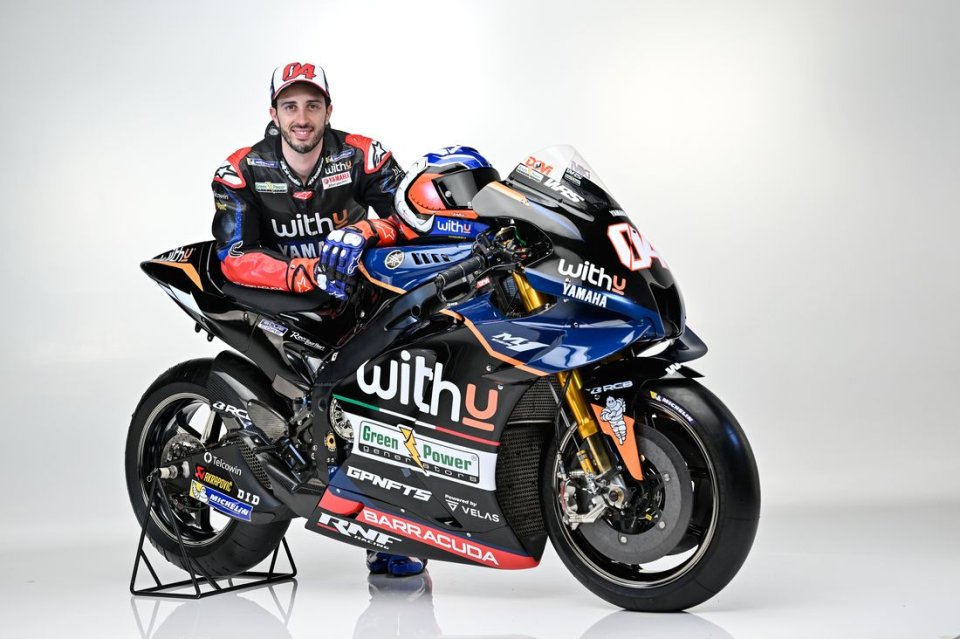 Andrea Dovizioso has the well-deserved reputation as being an analytical, rational, intelligent rider, yet his decision to return to racing with Yamaha is perhaps the craziest of his entire career. Once the relationship with Ducati was over, Dovi could have enjoyed a well-deserved rest. He had chosen to devote himself to motocross, it was an old and never dormant passion for him, then Aprilia convinced him to become a test rider. It seemed the perfect position: little or no stress, some wild cards if there was the desire and satisfaction of helping to make the RS-GP improve.

Instead Andrea, on the threshold of 36 years, has decided to get back into the game. After all, the Yamaha had always been a bit of a niggling thing for him. He had only raced it one year, in 2012, he had the colours of Tech3 and in that season, he got on the podium with it 6 times, finishing 4th in the championship. He thought that those results would open the door to the factory team for him, but Valentino came back and he found himself in Ducati.

There is no going back, so Dovizioso wanted to look ahead and embark on an undertaking that is not simple at all. “When you get the chance to do something you like, you have to take it,” he said yesterday at the WithU RNF team presentation. Even though in this case it seems that he may have everything to lose and nothing to gain. After all, if he were competitive, it would do nothing but confirm his talent, if he did not succeed, he would be ripped to bits.

Riders, however, live off challenges and in this Dovi finds that fascination that made him put aside every shred of his rationality. The black horse won, as he would say. The fact remains that switching from Ducati to Yamaha is not a painless operation and he himself noticed it in the 5 races of 2021 he raced with the M1. It is true that he got on it without even testing it first and that it was a two-year old bike, but his performances were not particularly encouraging (a 12th place at Valencia was his best result).

After all, it is not easy to change in MotoGP. In the 4-stroke era, which began in 2002, only two riders managed to win the title with two different brands: Valentino Rossi (Honda and Yamaha) and Casey Stoner (Ducati and Honda). The failures, on the other hand, have been many and varied. Starting with that of the Doctor with the Ducati. But if in that case there was the mitigating factor of the bike’s poor competitive level (unless Stoner was riding it), for many other riders there was not even that consolation.

A champion like Lorenzo had to sweat the proverbial seven shirts to get to grips with the Desmosedici. He was left with the satisfaction of succeeding, but he ran out of time, and when he then moved to Honda, things went even worse. And what about Petrucci? Arriving at KTM last year under the best auspices, he saw himself unceremoniously dumped in the middle of the season, suffering throughout the year.

The RC16 was not kind to Zarco either, forcing him to throw in the towel, moving in a handful of races from being a MotoGP promise to a finished rider. The Frenchman, however, was able to get back in the groove on the Ducati, climbing on the podium several times as he did with the Yamaha and demonstrating that the transition from 4 in line to 4V, even if complicated, can be managed in the best possible way.

As Crutchlow had done before. Cal's story, however, wasn't easy either. With the Yamaha he showed his potential, with the Ducati he gave up after just one year, and with the Honda he had many ups and downs.

Among the most recent cases, there is that of Vinales. For him, the transition from the Suzuki to the Yamaha (bikes that share the engine architecture) took place without major trauma, so much so that he won on his debut on the M1, while his switch to the Aprilia, on the other hand, has not yet been digested.

Even Pol Espargarò has realized how difficult it is to change. The Spaniard left Yamaha for KTM, helping it to improve and abandoning it perhaps at the best time. The first year on the Honda – except for a 2nd place at Misano - was difficult.

The list is not exhaustive, but sufficient to make clear what Dovi can expect. He does not lack experience and clarity, but at 36 it is more difficult to change the way he rides and he is the first person who knows this. Despite everything, he cannot stop without eliminating that doubt and he knows that only the track will be able to give him the answer he is looking for. Provided he tackles it with a pinch of lucid madness.