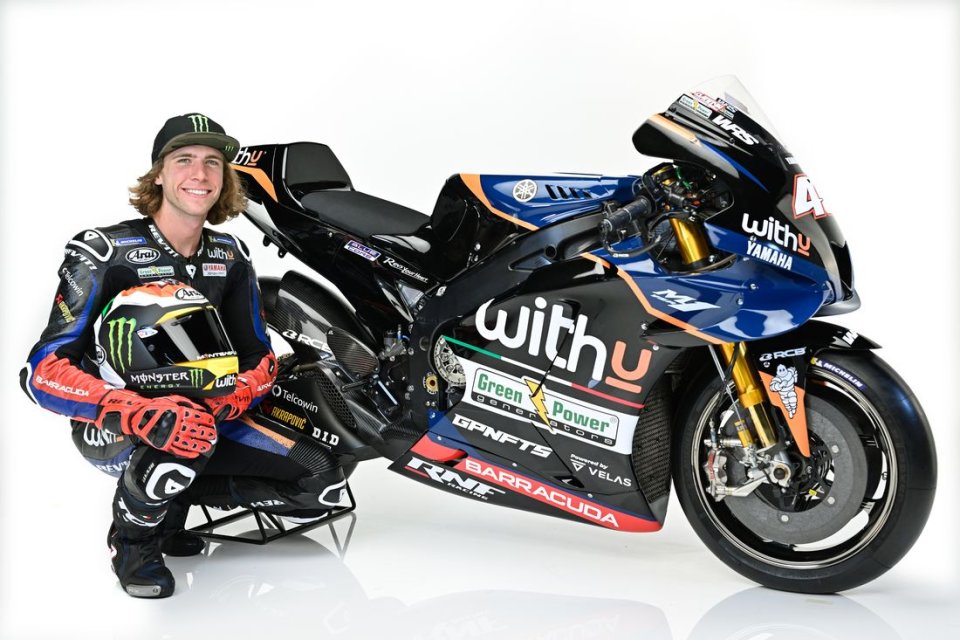 Darryn Binder's arrival in the MotoGP was accompanied by a lot of controversy. Not so much because of his transition from the Moto3 to the premier class (a jump that Miller had also made) but because the South African rider has not always been on his best race behavior. The mess in Portimao, when he knocked Foggia down, handing over the title to Acosta, didn’t help improve his fame.

Today, for the first time dressed in the colors of the WithU RFN team, Darryn responded to the criticism.

“In the end, I'm here to do my job, which is my best,”  he stated. “I want to leave all the negative things behind. Unfortunately, at the end of last season, I made a mistake, and everyone attacked me. I just hope I can have some good races and good battles."

There are even some MotoGP riders that haven’t been kind to you...
"I'll talk to anyone who wants to. I'm happy. Things went a bit overboard, many commented, everyone has their own opinion. I just want to do my job."

What effect does being a MotoGP rider have on you?
"It’s obviously a dream come true. Everyone wants to be in the MotoGP, and this is the greatest opportunity I've had in my life. I would’ve been stupid not to take it. I want to work. I don't care who criticizes me."

Will you work with a mental coach?
"I don't need one. I'm a happy person. I’ll approach this season like any other. Obviously, I’ll change something in my training but, in the end, the MotoGP is a motorcycle, with two wheels, and I’ll ride it."

How did you spend the winter?
"I went to South Africa. I’ve been training in the gym more than I used to because I’ve been trying to increase my strength. Then I rode an R1 to get used to heavier bikes. It's not that different than a MotoGP, but it's the closest thing to train with, and I enjoyed it."

Were you surprised when you were offered the MotoGP?
"I was so excited that I just said 'thank you'.  I didn't wonder why they chose me,” he said laughing. "My plan was to move from the Moto2, but  everything changed last year. The team always believed in me and gave me this chance. I have to prove they were right."

Miller also went from the Moto3 to the MotoGP, and it wasn't painless.
"It's a big leap, and the important thing will be how long I stay there. But I would have never refused a chance like this, and I'll give it my all. I think I can do well. It took Jack some time to beome competitive, but he was in a different situation. Other riders were fast in a new class right away, like Raul Fernandez, who did great things in the Moto2. I was struggling in the Moto3 because of my weight. A bigger bike is better for me."

You’ll be racing with your brother Brad. Are you excited?
"My first goal is to be able to beat him,” he laughed. “It’ll be incredible to ride with him. We only did it when we were little in South Africa. We were also together in the Moto3, but he was winning the title, and I was just starting out. We’ve never been on the track together. I’d like to reach his level to succeed."

Will you ask him for some advice?
"I think the best person to talk to about the MotoGP is Dovizioso. We’re on the same bike, and he has a lot of experience. I'll talk to Brad, in general."