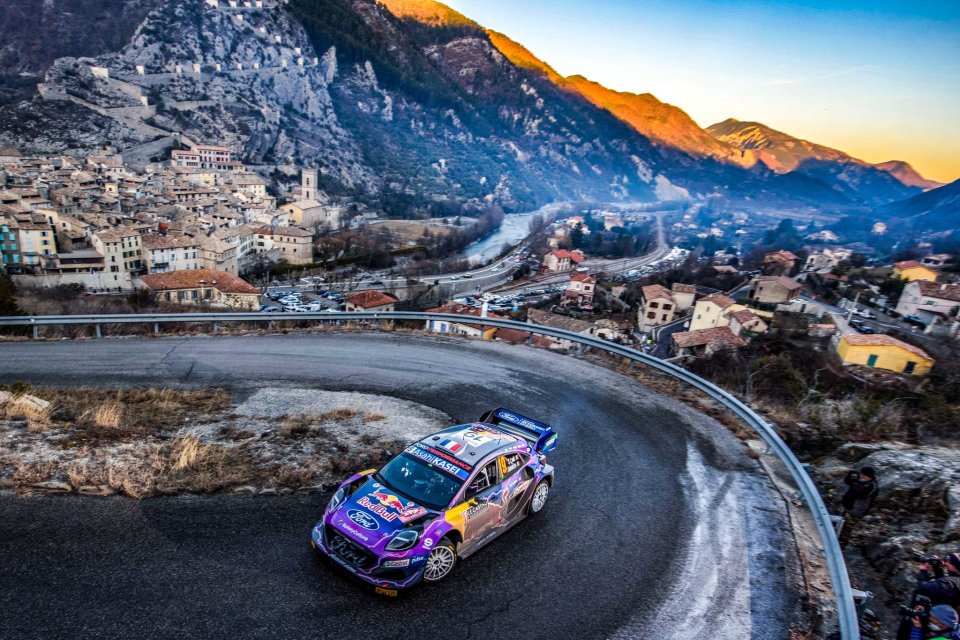 A feat that will go down in history. Sebastien Loeb won the Monte Carlo Rally for the 8th time in his career and, with this win, the French rider’s victories in the WRC are now 80. All this at almost 48 years of age and after having conquered a second place in the Dakar just a few days ago.

Loeb's undertaking takes on even more importance if we consider that, for the first time (in a WRC race), he ended up  driving a hybrid, something new from a regulatory and technical viewpoint this season.

The racing world was focused on rallying for an afternoon, since the eternal battle between Ogier and Loeb was decided only at the last stage. An exciting fight with a romantic ending, which also impressed Valentino Rossi, who has always been a rally enthusiast and who wanted to dedicate a story on his Instagram profile to Loeb. Marc Marquez and Fabio Quartararo both had the same idea. 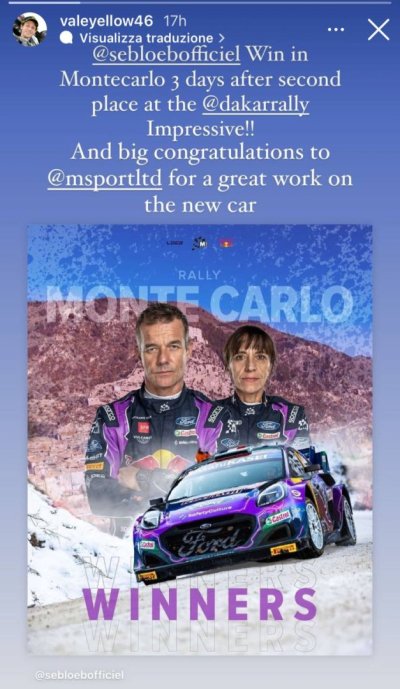 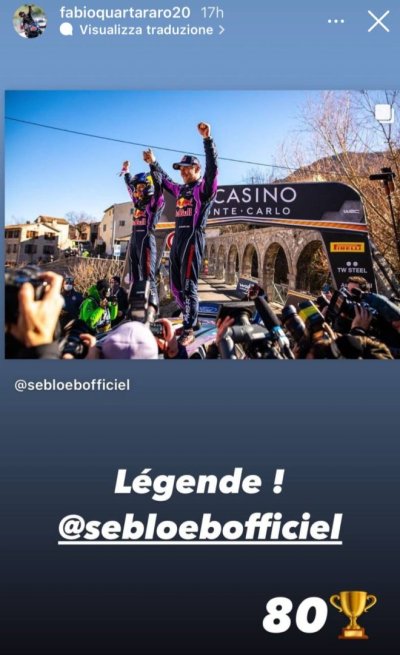 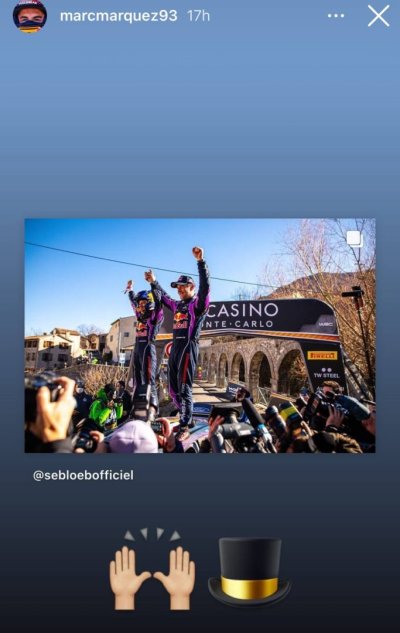 A generation leaves, a generation arrives but MotoGP is great even without Rossi