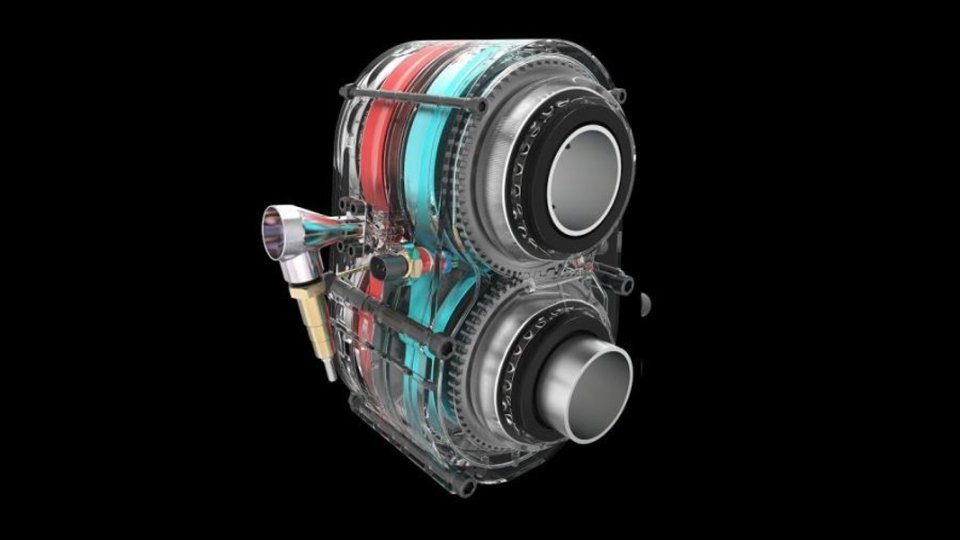 The Wankel engine (better known as a rotary engine) and motorcycles have never really gotten along . There have been only a dozen or so experiments carried out with this type of engine on two wheels, and the only model that’s not been in the “hazards” category was the Norton RCW 588, which won the Isle of Man Senior TT. In recent years, Crighton-Rotron, made the news, but with its 25  units, it’s more of a fetish for purists than anything else. Yet, when it comes to cars, the situation changes. There have been models that were successful thanks to their rotary engine, like the  Mazda RX7 and the RX8 which are probably the most famous. But the rotary engine is, for a thousand reasons, on the edge of today's production lines. Despite all this, there’s an American start-up that firmly believes in the Wankel engine and has developed one that could completely change the rules.

Astron has, in fact, developed its own Omega 1 Turbine Engine. A petrol engine that seems to have solved both the rotor housing problem and the loss of "useful work", therefore, of engine efficiency. The secret of this engine seems to be the separation of the 4 motor phases – intake, compression, expansion, and exhaust – with the division of the cycle into two separate chambers. The presence of 4 rotors allows to divide the work: two deal with suction and compression, two with expansion and exhaust. The two pairs of rotors are separated by a rotating disc valve –  the one found on 2-stroke engines – and a pre-chamber. This engine also features a system similar that known in cars as "Dynamic Skip Fuel", which allows for active rotations in acceleration but which allows you to "glide" (a term to be taken with a grain of salt) once cruising speed has been reached, significantly increasing efficiency. The control unit also allows to set the engine to maximum efficiency, maximum power, or multiple combinations of the two, depending on the application. This engine seems intended for the aerospace sector and maybe the automotive one, so for extremely different uses. 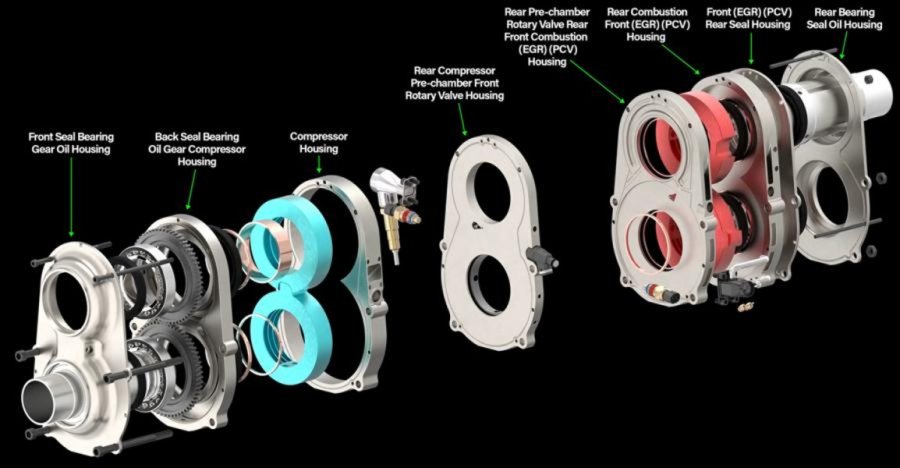 Will it ever be used on motorcycles?

The only question we asked ourselves as soon as we read about this incredible combination of weight  and power was one: how long will it take for it to be seen motorcycle? That’s difficult to say, but probably the roads of Omega 1 and motorcycling will never cross, because the rotary engine seems to be a closed chapter for two-wheel vehicles.