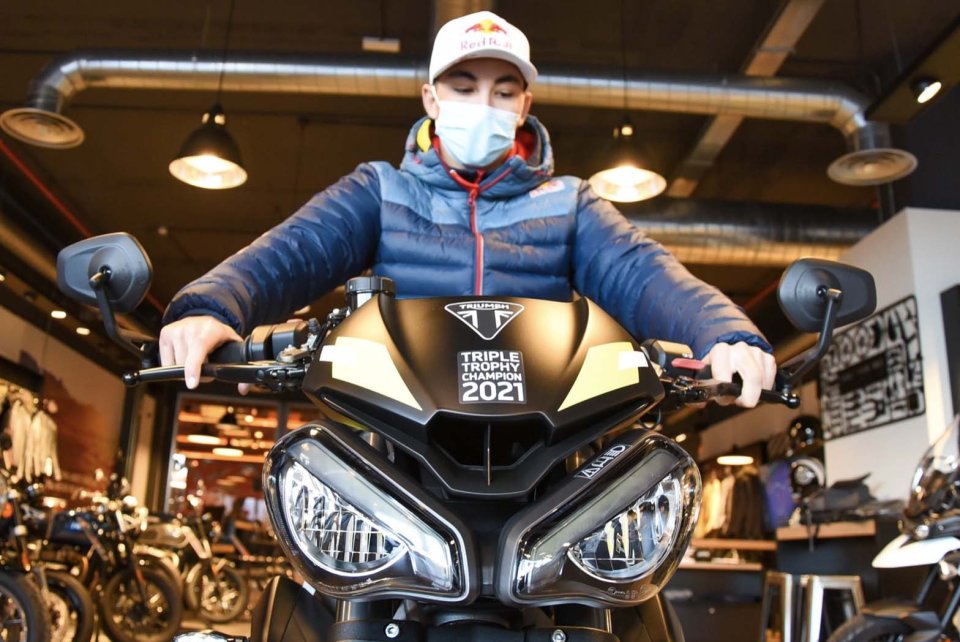 Triumph Spain has just presented Raul Fernandez with a Triumph Street Triple RS for his achievements in the Moto2 World Championship.

Raul finished second in the championship just 4 points behind the winner and teammate, Remy Gardner, but he won an impressive 8 Grands Prix, climbing onto the podium 12 times.

Raul Fernandez, as a rookie in MotoGP, will be on track in Sepang with the Tech 3 team's KTM, along with teammate Gardner, as early as February 1. 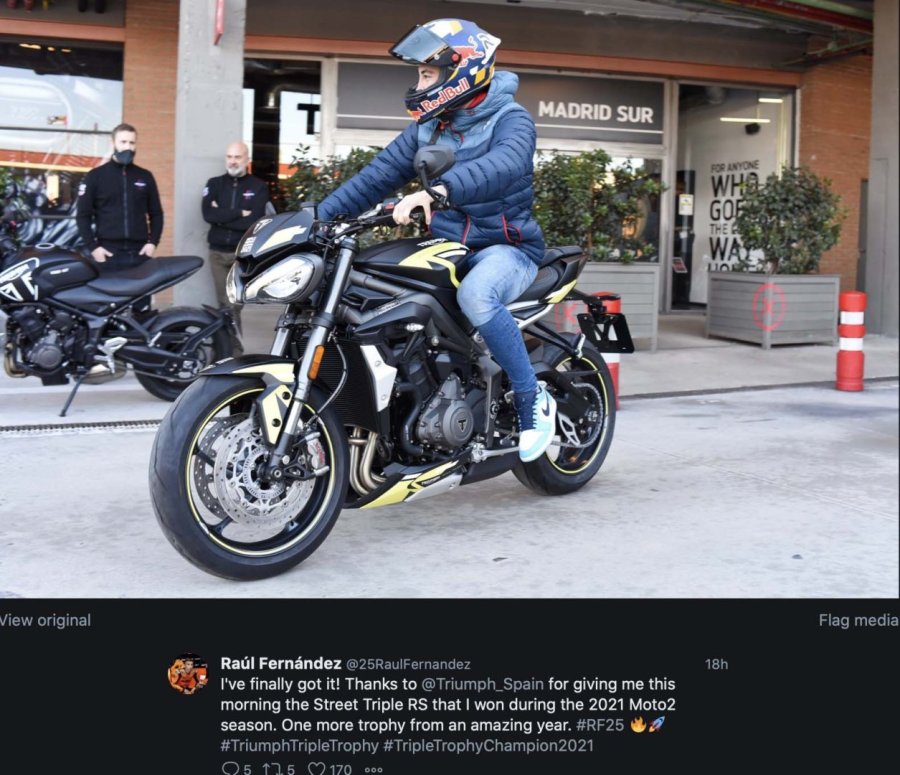 Pit Beirer: "It's up to KTM to convince Raul Fernandez to stay"