Who’s the most amazing driver of all, thanks to all of his crazy videos, as he keeps us glued to the screen to see what else he's up to? That’s an easy answer. With a name above all, it’s Mr. Ken Block! Among his “creatures”, there was and still is the 1965 Ford Mustang “Hoonicorn”, the star in the YouTube series “Hoonicorn Vs. the World”. So, are you already wondering what he’s been up to this time? Well, sorry to disappoint you, because the driver behind the wheel has changed and is now... his 14-year-old daughter! 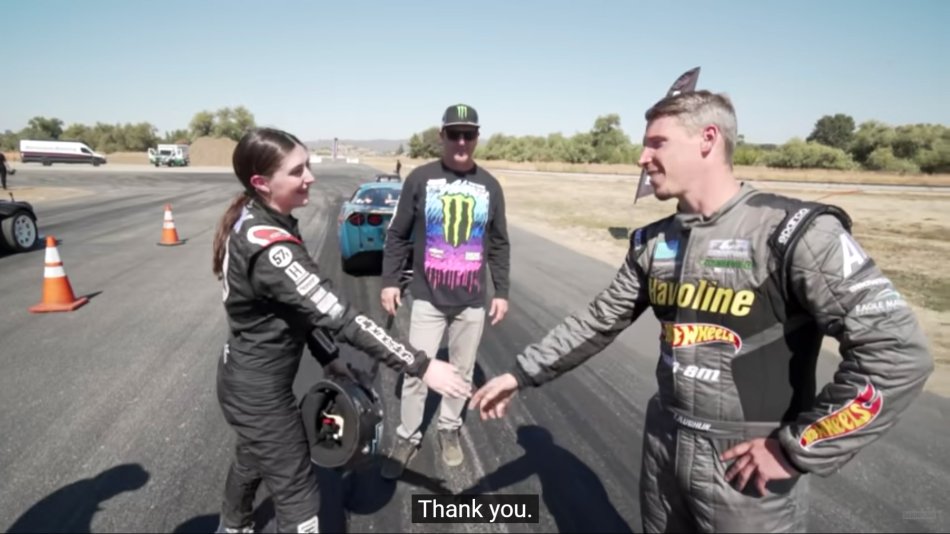 Second season, with Lia Block behind the wheel

The second season of “Hoonicorn Vs. the World," starts with Ken's daughter driving the good old Mustang.  Lia’s only 14 years old and is already driving the 1,400 HP Hoonicorn. Her antagonist was driver Alex Laughlin with the Chevrolet Corvette C6, suitably modified for the race. The teenager had no problem handling the NASCAR-derived Ford V8, an engine her father defined as monstrous.

But the Corvette C6 was no less, with its 1,800 HP (even if the Hemi V8 engine offered 4,000 HP, thanks to its forced induction). Three lengths, over various distances. Wanna know who won? We’re not telling. Enjoy the video, with your speakers at full volume… and, if you're at the office, close the door, so your boss doesn’t hear you.

Suppo: "Rins always shows his best when he battles with Marquez, pity we’...

THE 2023 CALENDAR MotoAmerica, the American series, will have to do without Danilo Petrucci this year, who has decided to continue his career in...
21 hours 9 min ago

THE 2023 CALENDAR The Suzuka 8 Hours, valid for the FIM World Endurance Championship, will take place in 2023 one week later than originally planned...
2 days 5 hours ago

The FS-3 Racing Kawasaki team continues to focus on young riders in the British Superbike. With Rory Skinner in the Moto2 World Championship, 19-year...
2 days 15 hours ago

His wife posted about his condition: “He is okay and in the best place possible. They will keep him in for a few days to monitor him.”
3 days 48 min ago