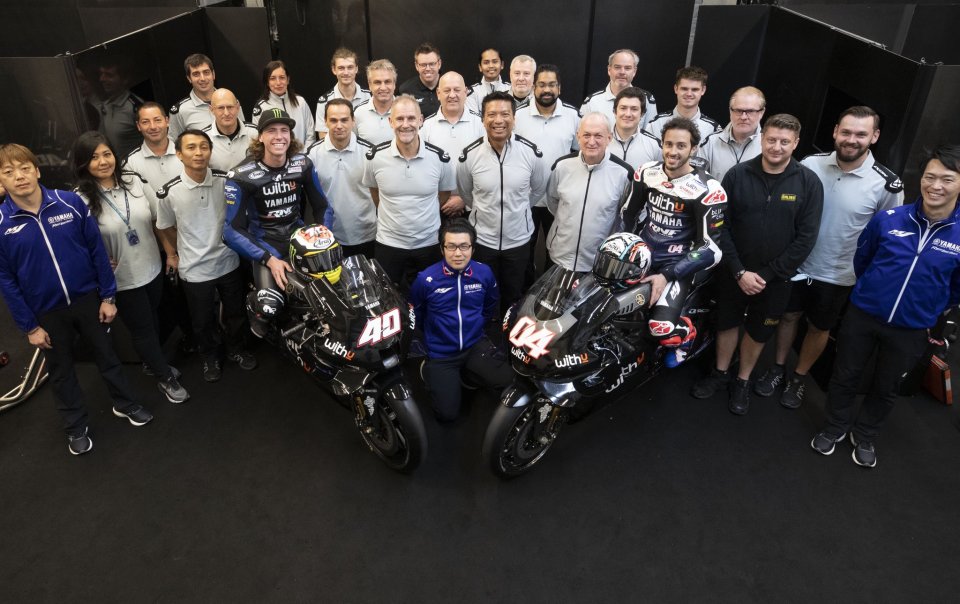 Having risen from the ashes of the Petronas team, which will be remembered for “launching” Quartararo and “bidding farewell” to Valentino Rossi, Razlan Razali's new RNF WithU team is preparing to make its MotoGP debut this season. For sure the unknown factors are more than the certainties for a newly-created team but with a squad that has been tested over the years it will be up to the Malaysian manager to make everything run smoothly.

"Building your second MotoGP team is not fun! – said Razali in an interview with our Crash.net colleagues - It's a lot of work, especially when we started the planning for this team only in September-October. It was a challenge to attract big sponsors obviously. We'll use this year to build for the future, the next 3-5 years. It's all about rebuilding and rebranding. Everything is from scratch but we also have experience from the last three years.”

In recent years, the Petronas team has experienced moments of euphoria but it’s also gone through its fair share of ups and downs. To relaunch the team, Razali kept team manager Wilco Zeelenberg and coach Ramon Forcada firmly in command who, albeit with some regrets about the separation from Franco Morbidelli, will work with Dovizioso.

"We are humbled by our experience last year of course. We're more cautious, we don’t take things for granted. We started very strong in our first two years and to go from the peak and come crashing down in the third year, there are a lot of lessons learned there. Especially when it comes to humility, to not give up and start again. But this is sport. It happens all the time. You win some, you lose some.”

To reach, Razali hopes, the peaks of 2019 and 2020, the team will rely on the experience of Andrea Dovizioso and the young Darryn Binder, who arrived directly from Moto3 but not without some controversy and perplexity.

"It's easy for people to criticise our decision to sign Binder, but we don’t mind, because at the same time that's what being a development team is all about. But we are the underdog and can afford to take those kind of risks."

The start of the season for the RNF WithU team will be in Verona on Monday 24 January, with the presentation of the bikes and the new livery.

"I think the launch signifies a number of things. Number one is the rebranding of the team. For our title partner WithU and president Matteo Ballarin, who has been supporting us since 2019, we want him to have that sense of belonging of holding the launch in his hometown of Verona.”