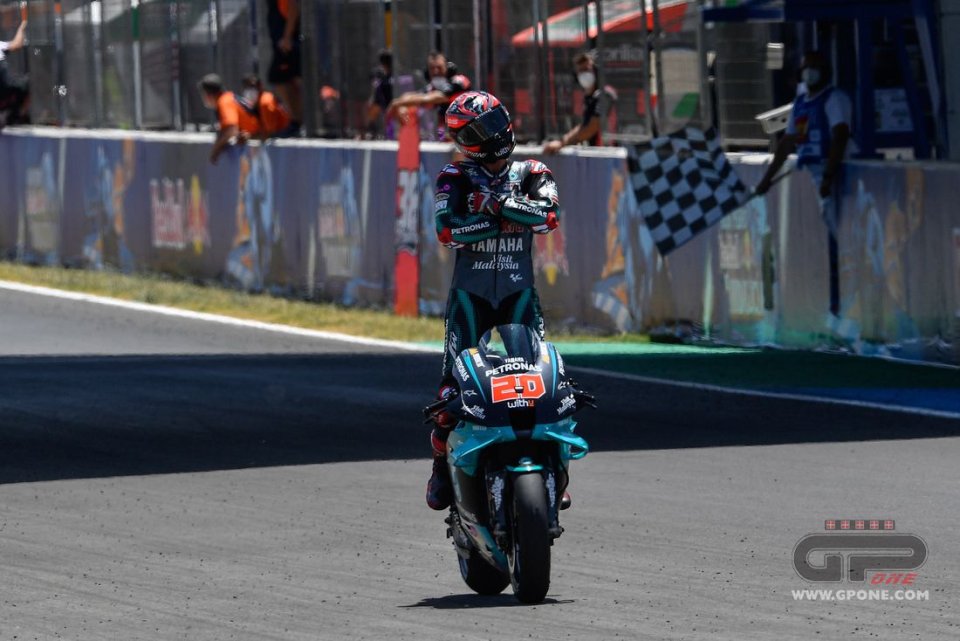 There is still some time until the start of the new season in MotoGP, but the teams are in a whirl of preparation and some of them are already revealing what they have prepared for the 2022 MotoGP World Championship.

Will we see Marc Marquez back on the track?

Given the way the last editions of the MotoGP went, we have not even thought that among the names of the riders who are most likely to win the Championship, we will not find Marc Marquez. Unfortunately, the rider whose talent the great Mick Doohan says is comparable to that of Valentino Rossi, is still recovering from the eye problems he suffers due to a motocross training incident in November last year. A few days ago, Honda announced there is a “clear improvement” in Marc’s condition and he is back on training after three months off the bike.

Whether we will see Marquez in a Grand Prix race is still not sure, since he still doesn’t have an official doctor’s permission to participate.

About two months before the start of the new season, the odds to win the 2022 MotoGP World Championship are already available, presented by the best MotoGP betting sites, detailed information about which you can read on superbettingsites.com. There are still quite a few uncertainties related to some of the top teams and drivers, so you better regularly check the info we provide.

Currently, almost all online bookmakers agree on the prediction that the most likely winner of the 2022 MotoGP is Fabio Quartararo. El Diablo will be defending his title since he won the World Championship last year, being the first French World Champion to do so. The 22-year-old became part of the Yamaha Factory Racing Team in 2021, replacing not anyone but Valentino Rossi. He impressed professionals, fans, and punters by putting 5 victories and 10 podiums under his belt. Yamaha's chances of winning the constructors’ title are even greater, given that their other competitor is Franco Morbidelli who has already left behind his knee problems.

Ducati's team also has good trump cards up their sleeve and it's worth keeping an eye on their riders when deciding who to bet on. They even have a problem that every team would not mind facing - more capable riders than bikes. Francesco Bagnaia, Enea Bastianini, Jorge Martin, or Jack Miller, who will represent Ducati? For now, the clear favorite is Pecco Bagnaia, as for the other place in the official team there will probably be a “race within the race”.

Every MotoGP season is exciting, but the one that is just about to begin promises to be one of the most thrilling we have witnessed. This is confirmed by the words of Dorna CEO, Carmelo Ezpeleta, according to whom the level of the 24 riders currently competing in the MotoGP is the highest ever. In a speech at the EFE forum “Sport Business Days”, he distinguishes Danilo Petrucci by saying that he has “proved at the Dakar that the best riders are in MotoGP”.

MotoGP is probably the most popular motorsports discipline passionately adored both by viewers and punters. Each of the 19 races throughout the season provides bettors with the opportunity to place a winning wager, so they have no reasons to complain regarding the number of chances to make a profit.

The most popular option is to bet on the outright winner. All Grand Prix races have a starting list with winning odds for each rider. Calculations are made based on contestants’ performance in previous races, starting positions, and even the weather. The latter can be very determinative, we all remember the legendary Formula 1 champion Michael Schumacher who was almost unbeatable at a wet track. Similarly, punters can try to predict the fastest qualifier, the one who will start the race from pole position.

Punters can also put their bets on who will win the rider’s championship. These MotoGP futures can be very challenging, especially at the beginning of the season, when you still haven’t seen the riders’ current shape and their bikes’ level of performance. Since predictions are being made long before the events occur, the odds are significantly higher than regular single-race winner odds.

Some online bookies allow for betting on a rider to finish in the Top 3 in a particular race. You can look at the podium finish odds and wager on your favorite. It is good to know that it doesn’t matter which place he finishes in, as long as it is a podium position.