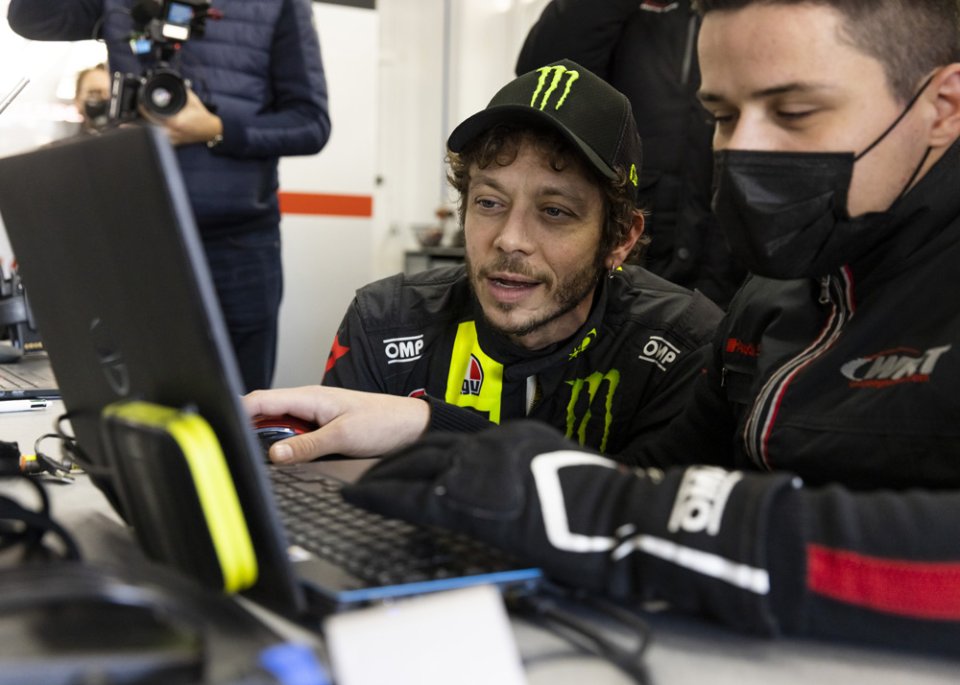 For his second career as a racing driver, Valentino Rossi has chosen to compete in the Fantec GT World Challenge Europe Powered by AWS, a championship that probably holds the record for the longest name, in fact an acronym (a bit of a tongue twister) is also used: the GTWCE. Organized by SRO Motorsports Group, from 2014 (year of its inception) to 2019 it was known as the Blancpain GT Series. In practice, this is a series dedicated to modified production cars according to the FIA ​​GT3 regulations.

The peculiarity of the GTWCE is that it is divided into two championships: the Sprint Cup, with short races, and the Endurance Cup, with endurance races, which allows for greater variety. As for the team chosen by the Doctor, the WRT team is the most successful, coming first in the general classification in 4 of the 8 editions held (including the last two).

The car driven by Valentino will be an Audi R8 LMS GT3 and on the track it will be in good company, because in the championship nine manufacturers are entered: in addition to the aforementioned, there are Aston Martin, Bentley, BMW, Ferrari, Lamborghini, McLaren, Mercedes and Porsche.

Moving on to the calendar, 10 races are scheduled, plus test sessions. The first tests will be at Paul Ricard on 7 and 8 March, while Rossi will compete at home for the first race, with the Imola endurance on 3 April. Two Sprint races will follow at Brands Hatch (1 May) and Magny-Cours (15 May), before returning to endurance at Paul Ricard. The Netherlands, at the Zandvoort circuit, will host a sprint race on 19 June, as will Misano on 3 July.

After his home race, Valentino will be able to take part in one of the endurance classics that he has always declared to be on his to-do list: the 24 Hours of Spa, on 31 July. Hockenheim is on the calendar on 4 September, before a double Spanish trip to tracks Rossi knows very well: the sprint race at Valencia on 18 September and the grand finale with the endurance race at Barcelona on 2 October. 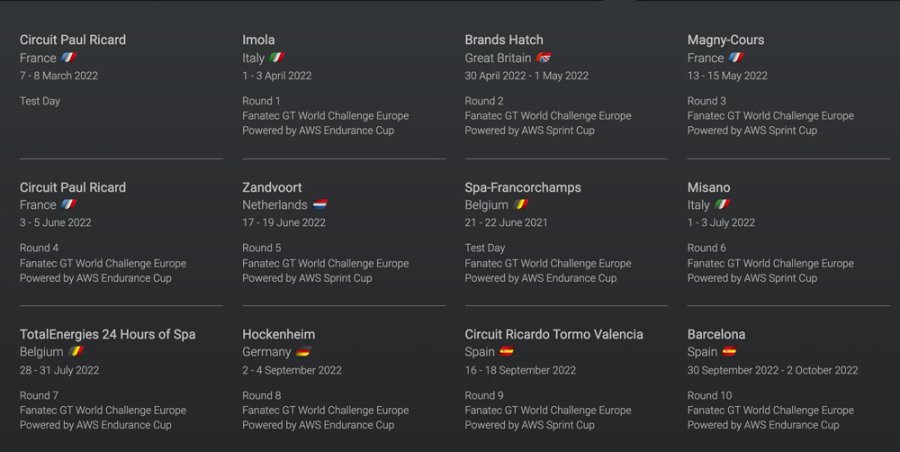 The Soft front will be a good solution for the less aggressive riders who need good feedback and high grip levels at maximum lean angle. The Hard...
7 hours 50 min ago

“I don't know when he'll be back. When he feels ready, he’ll come back, not before. Then he’ll have to work on his muscles, see if his shoulder is...
19 hours 29 min ago

"In the morning I was closer, but in the afternoon Fabio made another step, or rather a ‘big step’ in braking. And I was already at the limit. That’s...
22 hours 35 min ago

From the day he was born into a racing family on February 16, 1979, Valentino Rossi seemed destined for racing greatness. In this richly illustrated...
1 day 3 hours ago