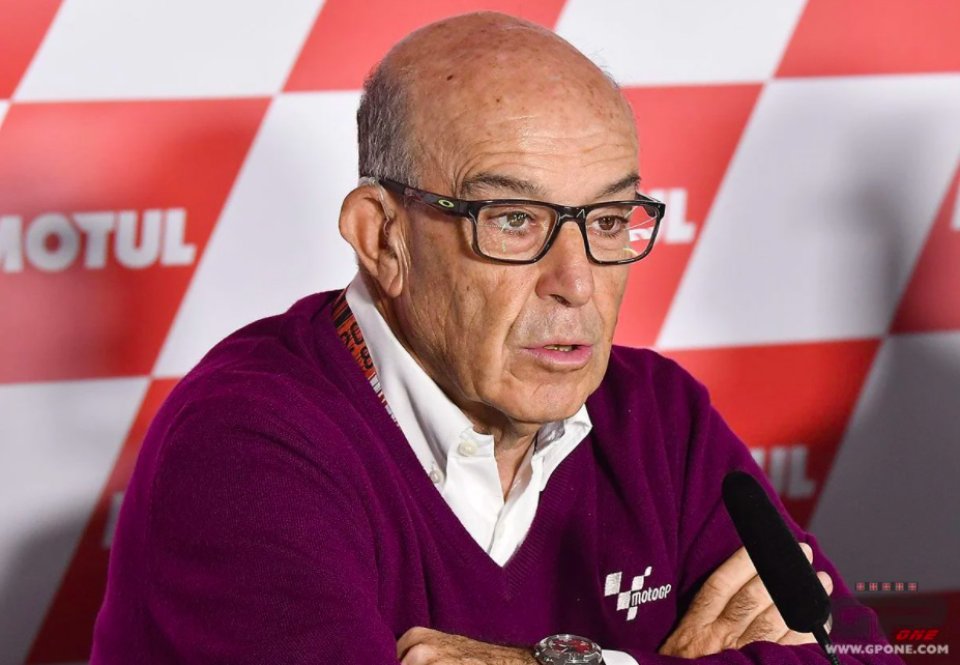 Carmelo Ezpeleta gave a speech at the EFE Forum "Sport Business Days" taking the floor on a number of topics. From the situation linked to Covid to the forecasts for the normal management of the 2022 MotoGP world championship to his own considerations on Valentino Rossi's retirement and on the conditions of Marc Marquez, star of the category until 2019.

But what was most striking was probably what the CEO of Dorna said in praise of Danilo Petrucci and what he is accomplishing in the Dakar. In fact, the Spaniard underlined the performance of the Petrux precisely to confirm what the current level of the 24 riders competing in the top class of the world championship is, which in his opinion is simply the highest ever seen.

"We have the best 24 riders in the world in MotoGP, and the Italian Danilo Petrucci is proof of this; he has impressed everyone with his performance in the 2022 Dakar Rally, being one of the fastest riders despite the dunes, the 'waypoints' and everything else".

Ezpeleta’s declaration gives Danilo due credit for what he is doing in his first appearance at the Dakar. But he also talked about Rossi and Marquez.

"Everything that Rossi has sown will remain there, and he has also consolidated his entire team, which will have a great sponsor who will support him, even if Valentino's absence will obviously be felt, but this has already happened several times in the history of motorcycling. As for Marc, it's not that he's not worried, but the fact is that nothing can be done. I think Marquez will be back and he'll be fine, but all the others will be there and we're talking about a generation of excellent and young riders. " .

As for the risks associated with Covid, Ezpeleta has clear ideas and does not intend to compromise on too many.

"What happened last year in the US is what we always want to achieve this season. We will not accept quarantines, if they ask us to do a 14-day quarantine in a particular country, we will not go there. The goal of the season is do at least 19 races, as per contract. But we know the limit, and this is it. They can ask us for vaccination certificates, or all the documentation produced as early as 2021. At the end of 2021 we raced with SBK in Indonesia, proving that our system works ".

Ezpeleta also spoke about guests in the paddock, who will not be as numerous as in the past for some time.

"The goal is to increase the number of people who come, because if instead of having 1,500 we can have 2,500 we will. But the situation will never go back to pre-pandemic levels. Being in the paddock is like going into a locker room of a soccer team".

"From our point of view, the Malaysian and Indonesian tests will be a rehearsal of the current situation and it will be difficult to find more difficult scenarios, but if the results are not positive we will try to do the season all the same and our goal this year is to have 19 Grands Prix. We cannot put our hand on the fire with the current situation, but with the way it is going, the most that can happen is that we have to continue with last year's bubble, doing PCR tests or that they start asking ourselves clearly for vaccination certificates ".

Ezpeleta: "Without Valentino, we'll be cheering for his 'sons...