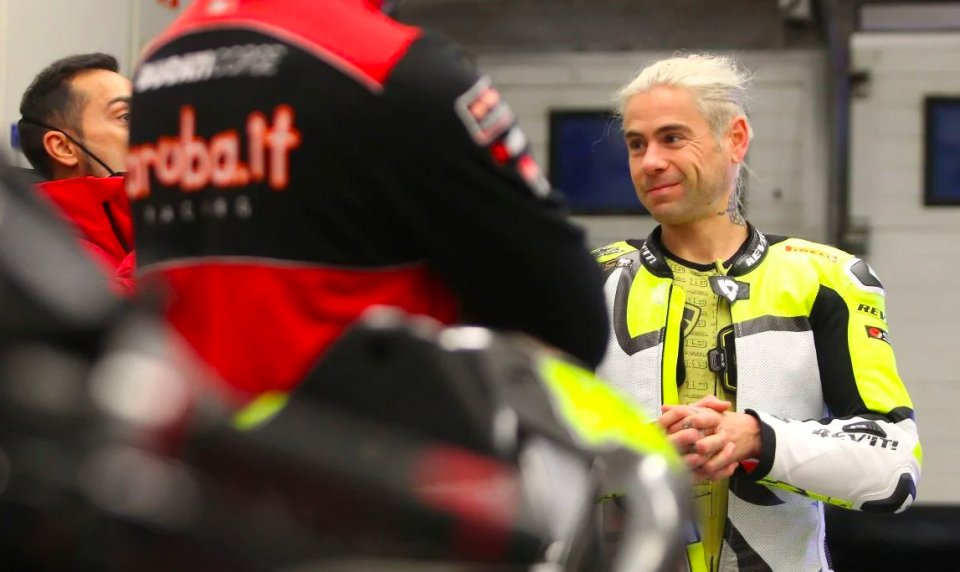 Alvaro Bautista is ready to resume his adventure on the Ducati Panigale V4 exactly where he abruptly left it at the end of 2019. After an exciting start to the season, things got more and more complicated until he arrived at a separation that we could almost define as stormy with the Borgo Panigale manufacturer at the end of that season.

But the Spaniard returned to Bologna to try to complete the feat that he missed out on that season and at the end of 2021 he was also able to track test a Panigale V4 which he obviously feared he would find changed, compared to the bike that had allowed him to amaze on his debut in SBK. Alvaro was under contract with Honda until December 31, so we had to wait until the beginning of this year to hear his words for the first time since his return to Ducati and our Speedweek colleagues were on hand.

"Before the test I was a bit anxious - said the Spaniard - after two years on a completely different bike, I didn't know how I would feel on the Panigale. The first day I had to wait until noon because it had rained the night before. I got more and more nervous and in the end I went out on rain tyres. I just wanted to see what the track was like. But then after only two corners I had a completely different feeling than the bike of the last two years. "

Bautista immediately underlined the huge differences between the Honda CBR RR-R and the Ducati Panigale V4R.

"They are two different worlds. My position in the saddle, and the way you go around a corner, is completely different. The feeling was what I had in 2019. I immediately felt very comfortable and was able to ride as I normally do. My first impression was more than excellent. It was like coming home. But even more, it was like riding a normal bike. I will be able to ride again the way I naturally ride a motorcycle."

Despite two full seasons having passed, Bautista immediately found the good sensations on a Ducati that has been developed by very different riders.

"I did the test with the set-up they have been working on for the last two years. Of course they still have my 2019 data, but we preferred to start like this. As far as I can remember, I would say I didn't notice a big difference. But I have to say that today the bike is more balanced. Two years ago, the bike had very positive characteristics, but also very negative ones. Now, the advantages have been maintained and the weak points have been improved. The bike is now easier to ride and it has no weaknesses. The base two years ago has been improved. "