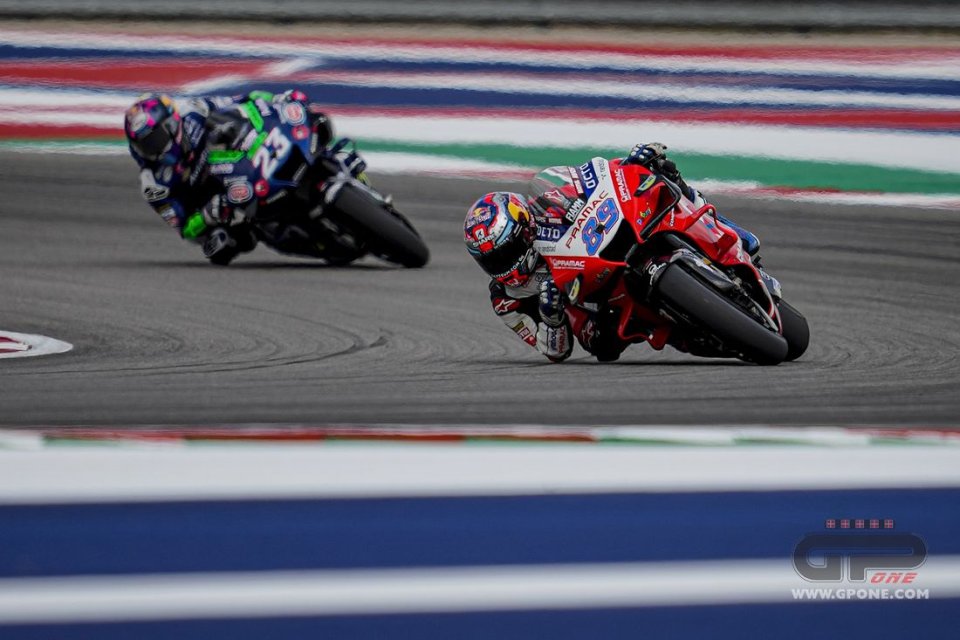 Three’s a crowd for one bike. The factory team Ducati attracts many, but especially two riders, who would like to steal it from a third. The MotoGP championship has not yet started, the first tests will take place in about twenty days but, at the beginning of the season, there’ll be a race within the race, and whoever wins it will get that bike.

Last year, Ducati decided to focus on young riders and quickly reaped the first results. Bagnaia definitely blossomed, Martin showed his stuff at his debut, and Bastianini wasn’t far behind, despite an older bike. But now there’s a problem (if it can be defined as such) of abundance in Borgo Panigale: they definitely have riders, but they only have  two places on the official team.

As things stand at the moment, it seems almost obvious that one will go to Pecco. The rider from Piedmont wants to remain, and Ducati clearly saw what he’s worth during the season finale. He’s the man of the moment, and it’s easy to think that his contract will be renewed.

The problem, if anything, is who’ll be joining Bagnaia in 2023. Many have already given up on Miller, but it would be wrong to take him out of the game before they even begin. In 2021, Jack won two races but, at the same time, he was very erratic, redeeming himself, but only partially, with two podiums in the last two races.

However, the Australian rider would be the perfect companion for a Bagnaia who confirmed himself as the undisputed leader. Jack helps build a good mood, he’s fast, and knows how to put himself at the service of his teammate when needed. All interesting qualities, but that  may not be enough.

The young riders are chomping at the bit and, to for the other riders be able keep their  place, they have to be faster, otherwise, their destiny is sealed, also because Ducati cannot risk losing Martin and Bastianini. If anything, the team will have to find a way to keep them both.

Jorge recently stated that his goal for 2023 is the official team. That’s no surprise, and the same goes for Enea. The decision maker will be the track, and the two will battle it out with weapons that are not exactly equal. The Spanish rider will be back on the Pramac team, a springboard for many riders before him, with a Desmosedici 2022, identical to that of the official riders at the beginning of the season. The Italian rider, on the other hand, will make his debut on the new Gresini team, with a 2021 motorcycle, with some important updates. The first races of the year will be essential in figuring out the balance of power and, therefore, know who can be promoted, Miller permitting.

A really interesting in-house struggle, with multiple possibilities. The young riders are excited. Ducati will now have to choose which one to focus on.