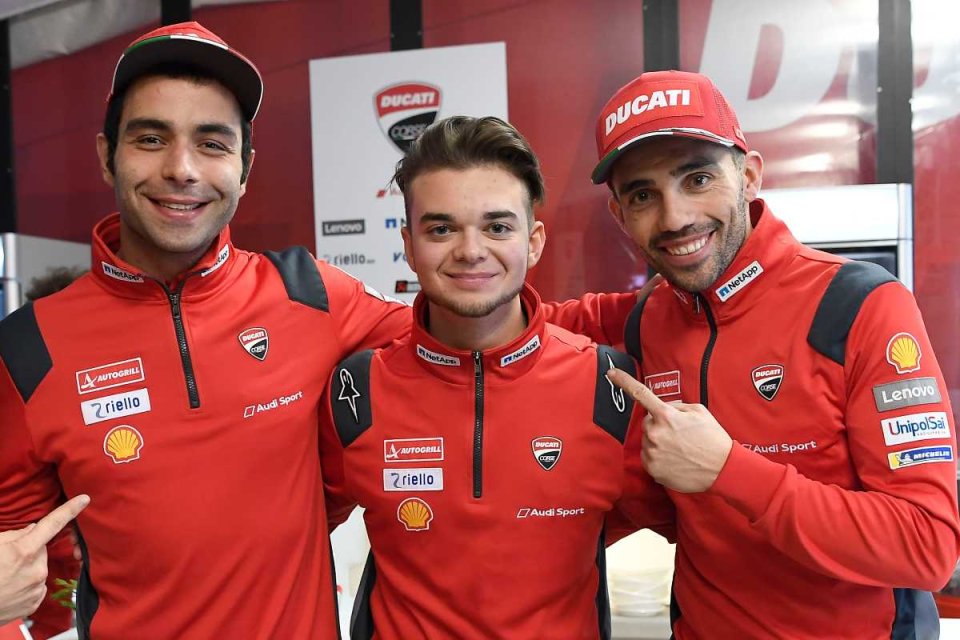 He returned from his honeymoon in Dubai just a few days ago, where he was given a motorbike for some fun on the desert dunes. Michele Pirro’s holiday was a rather original one, and he sent us several photos of his trip last week.

While he was in the UAE, the Ducati test rider (fresh from the renewal of his contract with the Barni Racing Team to defend the title in the CIV Superbike 2022 – read QUI) has been watching Danilo Petrucci’s Dakar experience and is amazed by what Danilo has been doing: "We spoke with Danilo a few days ago, and I told him he’s crazy,”  Michele jokingly revealed. “I think Petrux is doing something truly extraordinary and incredibly thrilling.”

Few would have imagined such a performance by the KTM rider: "In Dubai, I was in the company of Sean Gaugain, whom Petrucci depended on for preparing for the Dakar,”  he recalled. “Speaking with him, he thought that Danilo could remain around a twentieth, thirtieth  position, but instead he was incredible. I remember Danilo in training with the cross. He was one of those who was really scary."

Who knows if one day, besides Petrux, we’ll also see another Italian at the Dakar. "During these weeks spent in Dubai, I had fun with the bike on the dunes, and it was a real pleasure to have this opportunity. I was particularly impressed by the desert and its immense spaces. In fact, I have great admiration and esteem for all those who are involved in the Dakar. I enjoyed the experience and will be back in February, but I don't know if I'll also do the Dakar one day, since it takes time and a great deal of preparation,” he said smiling.

But first, the Sepang tests: "I’m not telling you anything about the tests, because I already know what you want to ask me,” Michele said jokingly. "Actually, no, I’ll tell you one thing. I’m leaving on January 26th for Malaysia.”