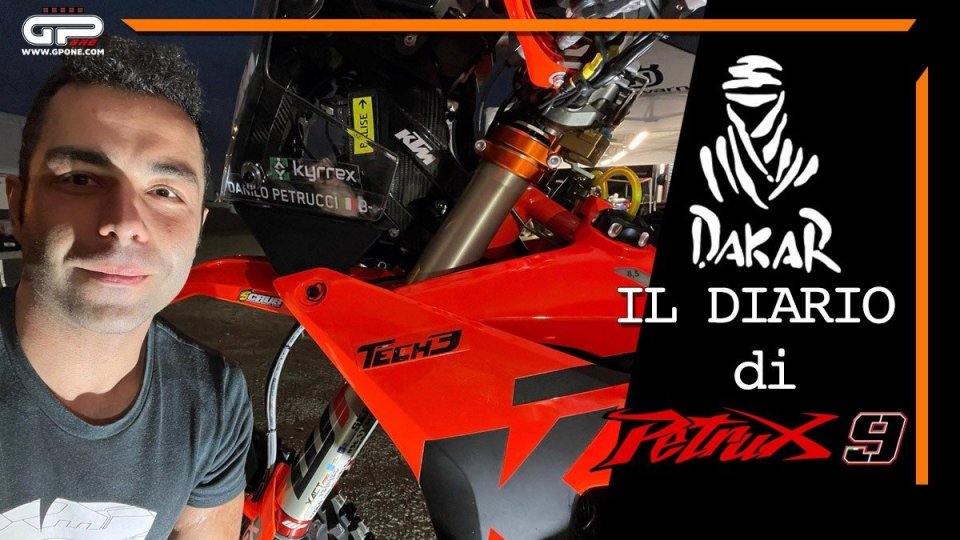 Danilo Petrucci proved to be the best of the Italians during the 9th stage of the Dakar. But, at the same time, the KTM rider has a bitter taste in his mouth due to the misfortunes he encountered along the way. Once again, his 450 Rally shut down, shattering his hopes.

Despite the problems, Petrucci doesn’t want to give up. As soon as he arrived at the bivouac, he told us what happened today.

“After all the problems I had the past few days, I feel better today,” he began “The doctor confirmed that I had gastritis. In fact, I wake up hungry during the night, but if I eat it’s worse. Besides that, I was feeling better this morning and, from the start, I got everything  right, making a difficult cut on the ridge of the mountain, instead of following the road. Unfortunately, at sixty kilometers, the motorcycle shut down due to a fuse. Now they’re changing the wiring of the bike and, due to another fuse, I lost another seven minutes and finished out of the top ten. I feel really bad for all these inconveniences and for the way they’re dealing with them, also because, at the beginning of the Dakar, I later discovered that I had a problem with the battery. What can I say. I'll try again tomorrow, hoping the bike doesn't stop.”