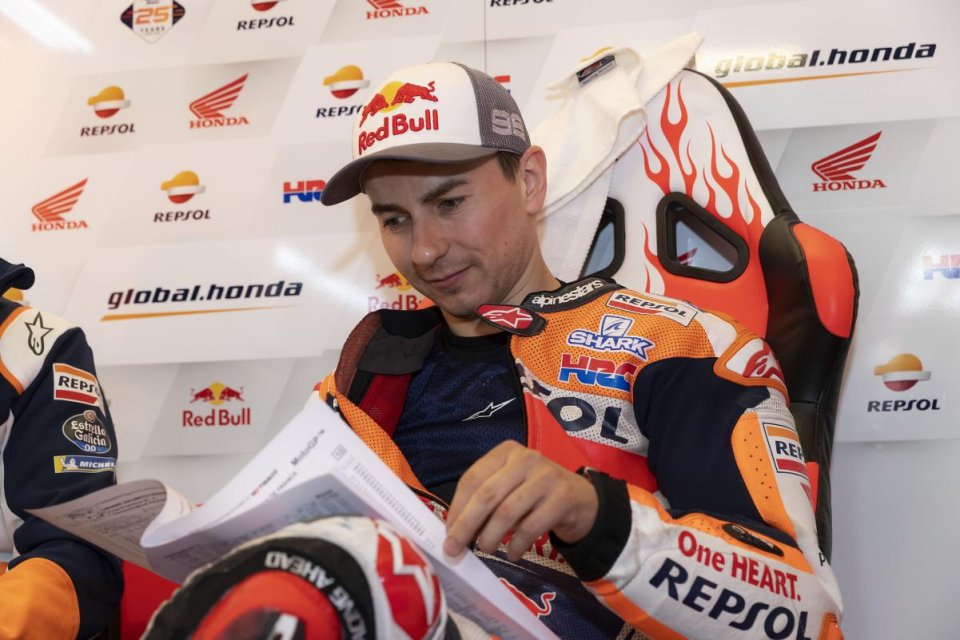 Jorge Lorenzo retired at the end of 2019, a season in which he had moved to Honda and was affected by serious injuries. The Majorcan realized that he no longer had the necessary motivation to continue and made the decision to stop. As often happens however, things might have gone differently.

Lorenzo himself confessed this to the microphones of DAZN Spain, identifying the turning point in his crash at the Assen GP: "without a doubt, without that accident I would have stayed in Honda".

Jorge fell during free practice for the TT Assen, suffering two fractured vertebrae, with the result that he had to miss four races.

"After Assen, retirement became a possibility, but I didn't want to rush it and I delayed it for as long as possible," he continued. Using a metaphor, continuing would have been like tackling a "very high mountain and I couldn't find the patience or motivation to climb it".

After all, the Majorcan had achieved a lot from his career which began very early and at a certain moment he realized that the game was no longer worth the risk.

"At 30, 31 or 32 years you become more cautious and I noticed that - he explained - Every crash with a major injury is like a stone that adds to your mental backpack of negative experiences that make you more cautious".