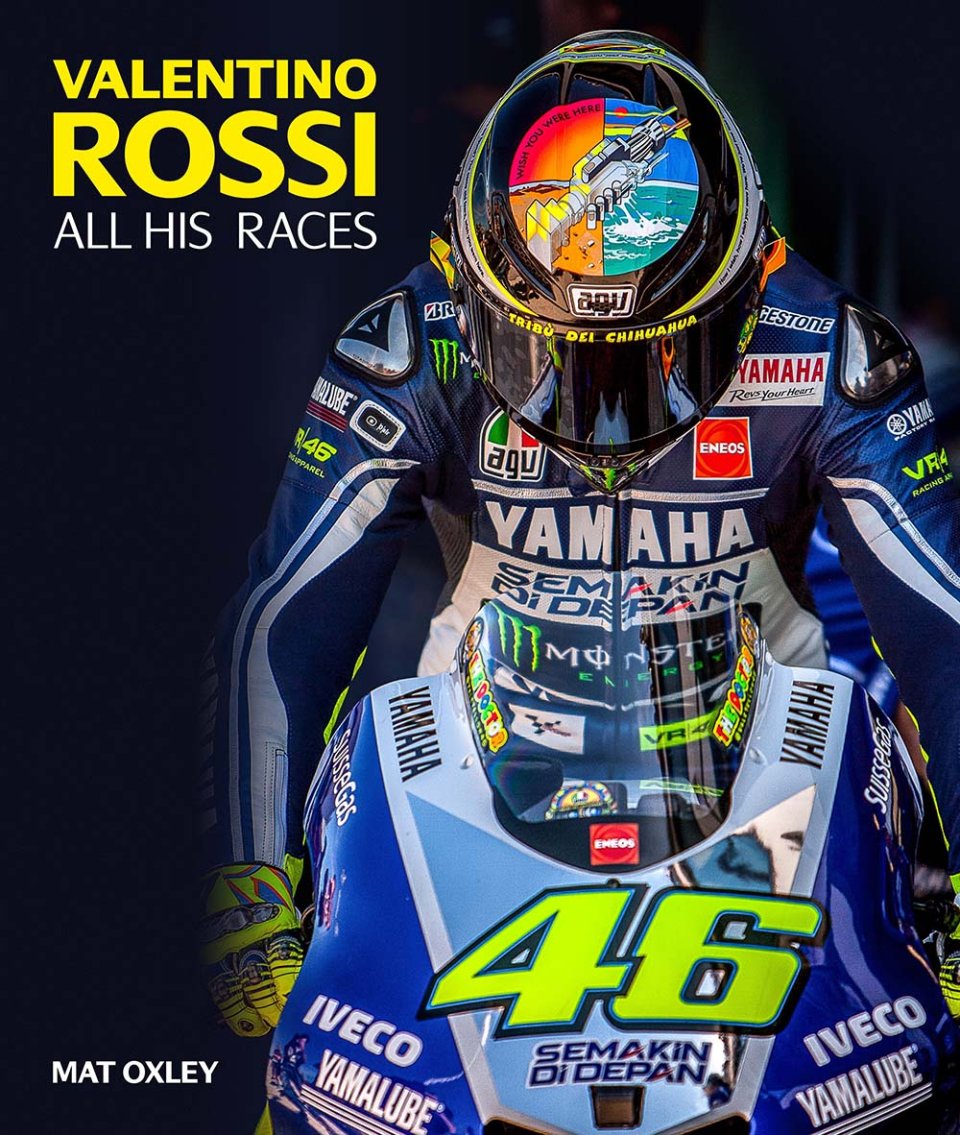 Valentino Rossi’s announcement of retirement brings down the curtain on an incredible career in the MotoGP motorcycle world championships. With his nine titles, including seven in the premier class, he is widely regarded as the greatest motorcycle racer of all time, and his 26 seasons of Grand Prix racing make him unique across both motorcycling and Formula 1. Rossi has been captivating fans since he won his first Grand Prix at the age of 17 and even in his final season, at the age of 42, he has been riding faster than ever.

In this major new book by top MotoGP journalist Mat Oxley, each and every one of these races comes under the microscope, complete with perspectives about Rossi’s achievements, the controversies, his character, and analysis of his bikes. This is a Valentino Rossi book like no other.

“It’s been a joy watching Valentino’s GP career from the very beginning in 1996 and I’ve really enjoyed reliving so many of his great moments through writing this book - says Mat -In fact I started with his first international campaign in 1995, dissecting and analysing every one of his 400 plus races since then. It’s a career that may never be matched and it’s been an honour to write this book, which I hope becomes the ultimate tribute to Valentino’s brilliance”.

“Mat wrote the world’s first biography of Valentino in 2002 - says Mark Hughes, Evro’s Publishing Director - Working for the publisher then, I saw how Mat not only knew Valentino well and thought the world of him, but also wrote about his subject with sublime skill and insight. Back then, we could never have imagined just how much Valentino would go on to achieve, nor that he would still be racing nearly 20 years later. Now, upon his retirement, there is no-one better than Mat to record every single moment of his incredible career”.

Author: As a motorcycle racer, Mat Oxley is an Isle of Man TT winner and lap record holder. As a writer,

he has been plying his craft for 40 years and is revered for his sharp reporting of MotoGP for magazines and websites around the world, including Bike, Motor Sport, Motorcycle News and Performance Bikes. Ever since Rossi burst into Grand Prix racing in 1996, Oxley has followed his career closely and in 2001 wrote a landmark first biography, MotoGenius, with full cooperation from Valentino and his family. Among Oxley’s other acclaimed books are Mick Doohan: Thunder from Down Under (1999), Valentino Rossi: Portrait of a Speed God (2002) and Stealing Speed (2009). Married with two children, he lives in north London.