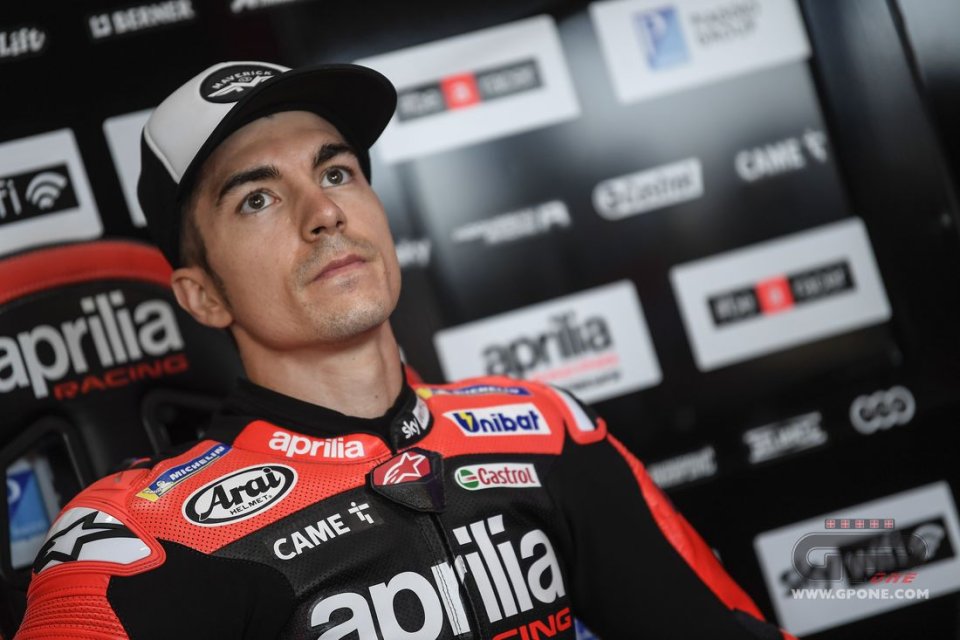 Maverick Vinales' history in the MotoGP has been full of twists and turns and surprise decisions. In 2015, he made his debut in the premier class on the Suzuki, taking it to victory the following year, just before abandoning it for Yamaha. He had chosen the M1 to aim for the title. A  goal he never achieved, until he left last summer, during the season in which Quartararo led Yamaha to victory in the championship.

The Spanish top gun has always demonstrated his talent but also his being too constant and sometimes making bad decisions. He admitted this in an interview with the-race in which, recalling his farewell to Suzuki, he stated: "I don't want to talk much about the past, but it's clear that I made a mistake. In the end, we had created a really good team but, at the time, the Yamaha was a winning bike, and I chose to follow that path. I don't know if it was right or wrong because, in the end, you’re the one who makes your own decision."

He had started well with Iwata, but then he got lost along the way. As mentioned, the relationship ended abruptly in 2020. But even after months, Vinales doesn't bear a grudge against Yamaha: "I just want to say nice words about them, because I have nothing bad to say. I've always said the bike was great, but we didn't know exactly how to make it work because, at times, I felt unbeatable and, at others, I was last. I was going crazy.”

Vinales needed a change and not a winning bike. He bet on Aprilia, which was growing, but not yet at the level of the best competitors.

"I wanted to feel a team around me, that's why I changed,” he explained. “To have all that atmosphere, that passion, and especially because I think that, when you go to a place where everyone is avid, it pushes you even more."