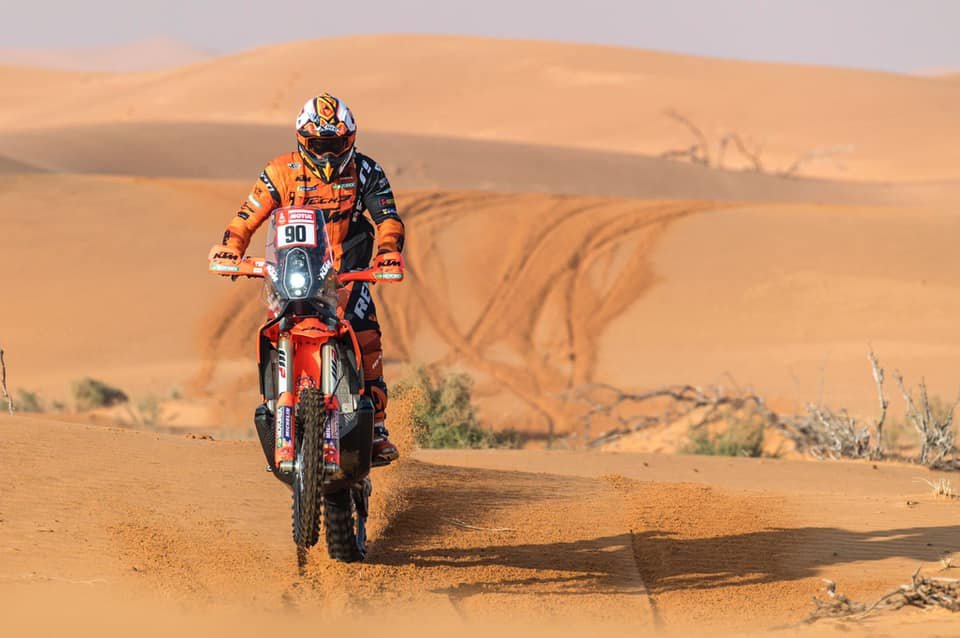 It was the longest stage of the entire Raid, the one from Al Qaisumah to the capital Riyadh: a total of 707km of which 465km in special stages. It was a stage that enhanced the qualities of Danilo Petrucci, the undisputed star of the day. What is there to be said about the super performance by the rider from Terni, who set a memorable third quickest time in the stage, as well as being the best of the KTMs in action in Saudi Arabia.

After the problem he suffered on Monday, Petrux did not lose heart and returned to the saddle of his 450 Rally with the aim of completing the adventure. Yesterday he was 22nd in the time trial, today instead he had a wonderful stage, putting in a final push to close the gap to the leaders to less than seven minutes.

And just think that this is his first Dakar, prepared at the last minute in a sort of race against time. We are therefore curious to hear from him as soon as he arrives at the bivouac after the emotions experienced on this Wednesday. For sure, after the many difficulties and setbacks encountered along the way, Danilo has finally picked up what he deserved, putting his heart, grit and determination into it, as well as a pinch of healthy madness as he himself likes to say.

Going back to the leg, Joan Barreda won the stage leading to Riyadh in 4 hours 6 minutes and 6 seconds: the Honda rider preceded his teammate Quintanilla by 4 minutes and 37 seconds, while Danilo was third less than seven minutes behind. Sam Sunderland instead managed to defend his overall lead, thanks to seventh quickest time, followed by Walkner's KTM three minutes behind. However, the ranking is very tight with seven riders covered by just 15 minutes. The reigning champion, Kevin Benavides, is only 10th overall, while the best of the Italians is Lucci in 22nd position. 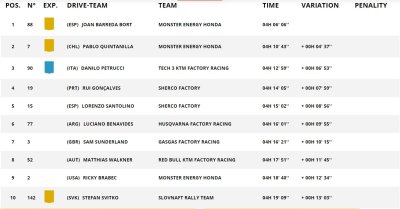 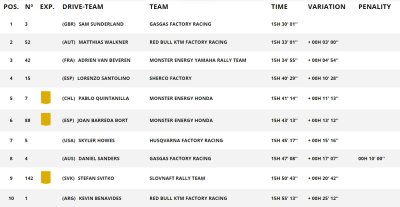 Gagne ups the ante at Brainerd: Petrucci only 3rd in Minnesota

The Soft front will be a good solution for the less aggressive riders who need good feedback and high grip levels at maximum lean angle. The Hard...
1 day 5 hours ago

“I don't know when he'll be back. When he feels ready, he’ll come back, not before. Then he’ll have to work on his muscles, see if his shoulder is...
1 day 16 hours ago

"In the morning I was closer, but in the afternoon Fabio made another step, or rather a ‘big step’ in braking. And I was already at the limit. That’s...
1 day 19 hours ago

From the day he was born into a racing family on February 16, 1979, Valentino Rossi seemed destined for racing greatness. In this richly illustrated...
2 days 20 min ago