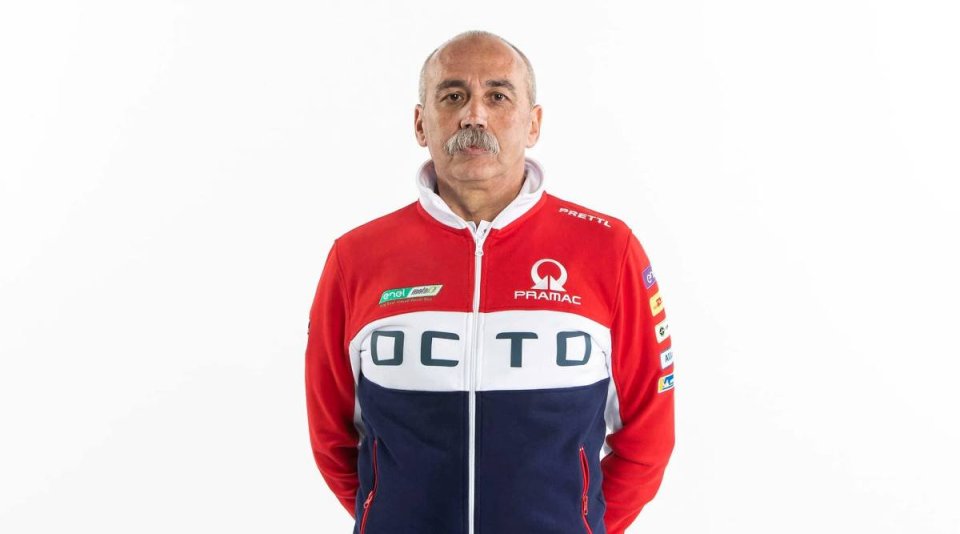 It’s a day for announcements at Pramac. After Francesco Guidotti – who joined KTM – bid his farewell, the Ducati satellite team had to reorganize its staff in view of next season. So the decision fell on Claudio Calabresi, appointed new team manager of the team led by Paolo Campinoti.

The latter expressed his satisfaction with the decision: “Claudio’s growth within our team is proof of the appreciation and trust I have in him. I’m also convinced that after three seasons as team manager in the MotoE, he’ll be up to this new and important challenge,” he said. “We can’t wait to start this new adventure together, and I’m confident that Pramac Racing will be one of the top teams in the MotoGP that will bring us great satisfaction next season.”

But that’s not the only news. There’s also Fonsi Nieto as the team’s sports director: “The close collaboration with Fonsi will also guarantee solid skills and experience from a sports viewpoint.”

Claudio Calabresi also commented on the new roles: “I’m very honored that Paolo Campinoti thought of me for this role,” he said. “We’ve worked together on several projects and have developed a strong relationship of respect and friendship. Now a new chapter is beginning, where curiosity, passion, and experience will be at the complete disposal of the team, with the utmost commitment to remain one of the most competitive teams in the MotoGP.”