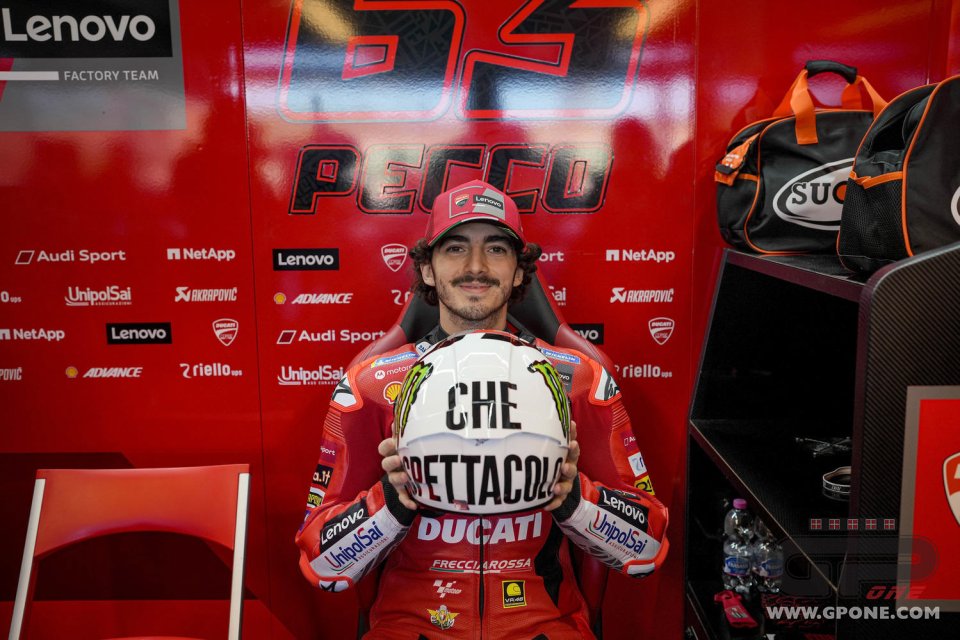 Pecco Bagnaia is the man of the moment in the MotoGP. He didn’t beat Fabio Quartararo in the fight to win the 2021 title, but the last part of the season, during which he became the main player, automatically made him the man to beat for next season, also considering that Ducati has never been as good as it appeared this season.

The winter tests in Jerez also reinforced this feeling, with Ducati playing the role of the bike to be beaten, even in the hands of less experienced riders, demonstrating the great work Dall’Igna has carried out in recent years by his entire team of technicians. But one thing will certainly be missing on the track for Pecco, namely, Valentino Rossi, who was his mentor. As he stated in an Autosport podcast, Bagnaia will try to draw inspiration from Rossi with regard to a precise aspect of his approach to racing.

“My Aragon win was incredible,” he stated during the podcast. “It was my first, and I got it after an incredible race with Marc Marquez. I had fun all weekend. That was the moment when I started having a lot of fun in each round of every weekend of the last part of the season.”

An approach very similar to that used by Rossi throughout his endless career.
“I think I have to work on this, in order to always be focused and have fun every time. And I think that was Valentino’s secret, that is, to enjoy everything every time he raced. Aragon triggered something inside of me, and it also changed something in my career. The secret will always be to work that way.”

Rossi won’t be on the track in 2022, but Pecco is convinced that he can still help the Academy boys.
“I think that, despite his retirement, he’ll be very close to me, or next to the rider who’ll need Vale’s help. He’s our mentor and will definitely help us. It won’t be easy because he’ll be busy with his new challenge with cars, but it’ll be the same as having him with us every time.”

As Gigi Dall’Igna anticipated in this interview, the hypothesis that Rossi will decide to get on the VR46’s Ducati to savor the emotions of the MotoGP, and perhaps provide his point of view on the development of the bike from Borgo Panigale, cannot be ruled out. One, or even more tests, would undoubtedly allow him to be of even greater help to the students of the Academy who'll be riding the Desmosedici in 2022: Pecco Bagnaia, Luca Marini, and rookie Marco Bezzecchi.