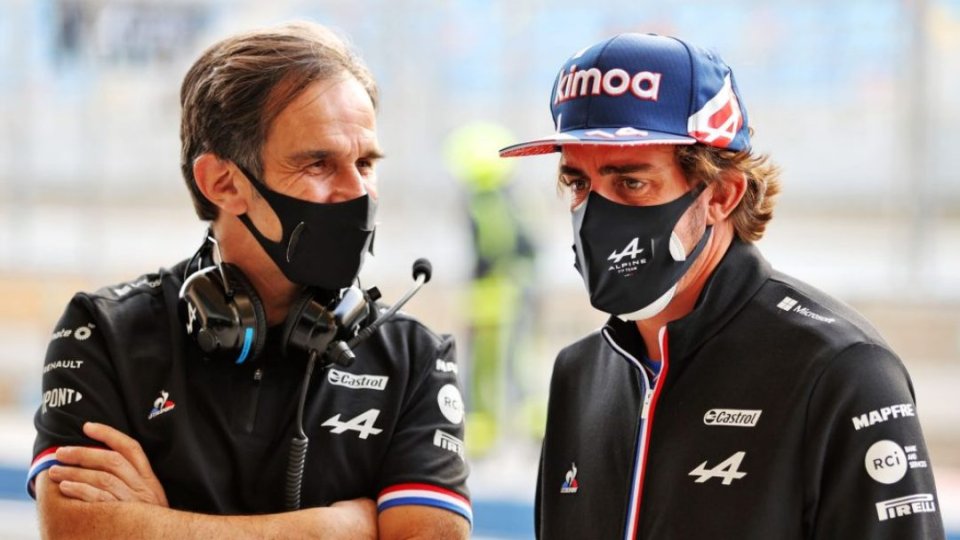 For him it was the longest season ever, considering that commitments on the track ended less than two weeks ago at the Abu Dhabi GP. While his former MotoGP colleagues were enjoying their holidays at the seaside or in the mountains, Davide Brivio was still in the pits carrying on with the work at Alpine.

A few days ago, however, the manager from Brianza was able to settle down for the winter holidays that he will enjoy together with his family. In view of the break, Davide wanted to give us this exclusive interview which we did a few hours ago. It was an opportunity to take stock of the recently concluded 2021 season and at the same time to look to the future, without forgetting that MotoGP paddock where he was one of the key figures for years.

“What do you want to ask me? - Davide asked jokingly - Now I’m working in another paddock. Seriously though, I have to say that I am pleased to see the people who work in bikes again after a long time, since I lost the habit a bit over the last year (smiles) "

Davide, let's start from F1. How do you describe this Circus?

"As you well know, this year I had the opportunity to have a great experience, since the whole world intrigued me. In fact, in F1 I found a great organization compared to what I was used to before. In fact, I was able to see and study the working method, as well as the interactions that exist between the various departments and those between the mechanics and engineers. I have to say it was very interesting ”.

F1 and MotoGP: how distant from each other are these two worlds?

“To tell the truth there are differences, but also similarities. Obviously a Formula 1 car in itself is bigger, so there are a lot more dynamics to look after. Also, in F1, there are more resources and this means more investments in people, equipment and technology. In the end, however, a F1 engineer is as good as a MotoGP engineer, it's not that one is better than the other, given that both have great skills. Now we are at the end of 2021, I must say that it was a good experience, considering the fact that I started with curiosity, without any expectations ”.

Hamilton and Verstappen hogged most of the spotlight, but Alpine still managed to obtain some satisfaction with Ocon's victory in Hungary and the Losail podium with Fernando.

"Exactly! Then there was also just missing out on that podium in Arabia. Fifth place in the constructors' classification is an important result that we are proud of, considering that we fought with Alpha Tauri. The season is therefore positive, but it can only be a starting point for the future ”.

How much stress is there in having to face such a long World Championship?

“I had more stress before, since at the time of the MotoGP I was a 'loner'. In the sense that I had to do more things on a managerial level. In F1, on the other hand, the responsibilities are distributed among the various people within the workforce ".

Davide, the question everyone wants to ask you: are you coming back to MotoGP with Suzuki or not?

“MotoGP is not an option for 2022 at the moment. I'm in F1 and we're working on next season so we can sort out how to get organized with Alpine. In fact, I hope to continue, for this very reason I am thinking of nothing else ”.

Has this world captured your heart?

“I would say that I arrived in a perfect season for the battle at the top between Lewis and Max. The great thing is that I saw battles at various levels. The environment is fascinating, very interesting from a technical, political and managerial point of view ".

Speaking of MotoGP: what do you think of Suzuki's winless 2021 season?

“As I’m not in that paddock, I don't feel like making any judgements. In 2021 we saw a fast improving Ducati, ready to open a cycle for the next 2-3 years. Suzuki, on the other hand, finished third with Mir and we certainly cannot call it a disappointing season when you finish in the top three in a World Championship. Maybe 2021 is a season that can become a starting point to improve on in view of 2022 ".

What would you take with you from F1 to MotoGP?

"A lot of things! I really saw a lot on an organizational level, as well as technical management and structure. There is so much to take ".