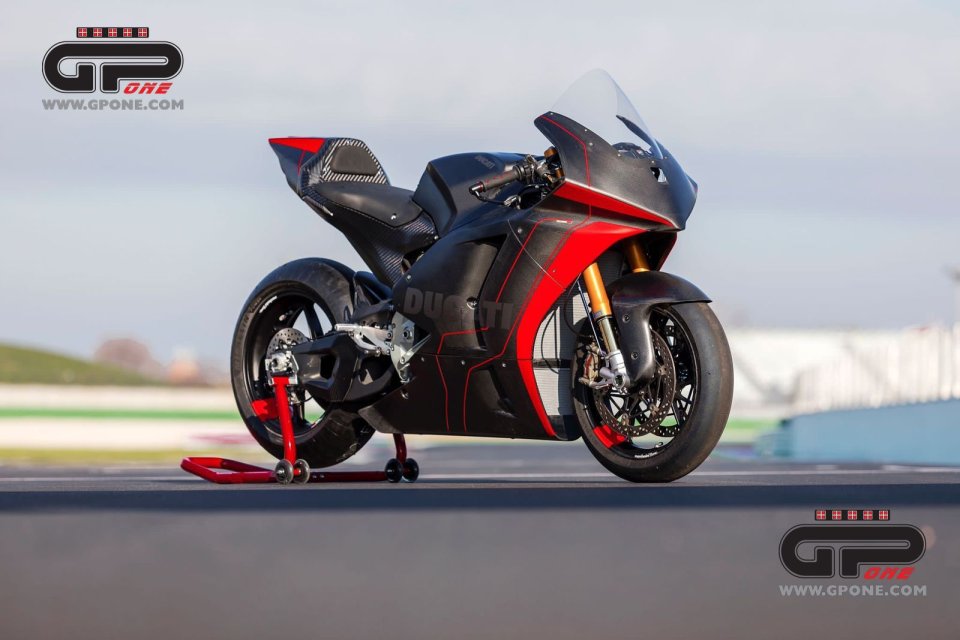 Ducati’s electric era began  Wednesday December 16th, 2021 in Misano: the place and date the MotoE prototype was first shown and that will be the star of the World Championship starting in 2023. The announcement of Borgo Panigale constructor’s entry in the championship reserved for electric motorcycles was given just over two months ago (with a 4-year contract), and the Italian engineers wasted no time.

This is a totally new challenge for Ducati and something Gigi Dall’Igna and his men are handling. The main goal was to reduce the weight of the bike, since getting power and autonomy with an electric motor requires heavy batteries. From this point of view, help could also come from the VolksWagen Group (of which Ducati is a part), which has been working on the development of electric vehicles for years.

The first photos released show a motorcycle with an elegant carbon black fairing embellished with the company’s red, and a very aggressive line, which resembles a road model, but without any wings or aerodynamic appendages (the trademark), since they’re prohibited in the MotoE. The swingarm with its large holes is, instead, interesting.

For its first outing on the track, the Ducati MotoE was entrusted to the expert hands of Michele Pirro , test rider for the reds in the MotoGP.

There will be time to refine the prototype. In 2022, they’ll still be racing in the championship with Energica, which will pass the baton to Ducati in 2023. 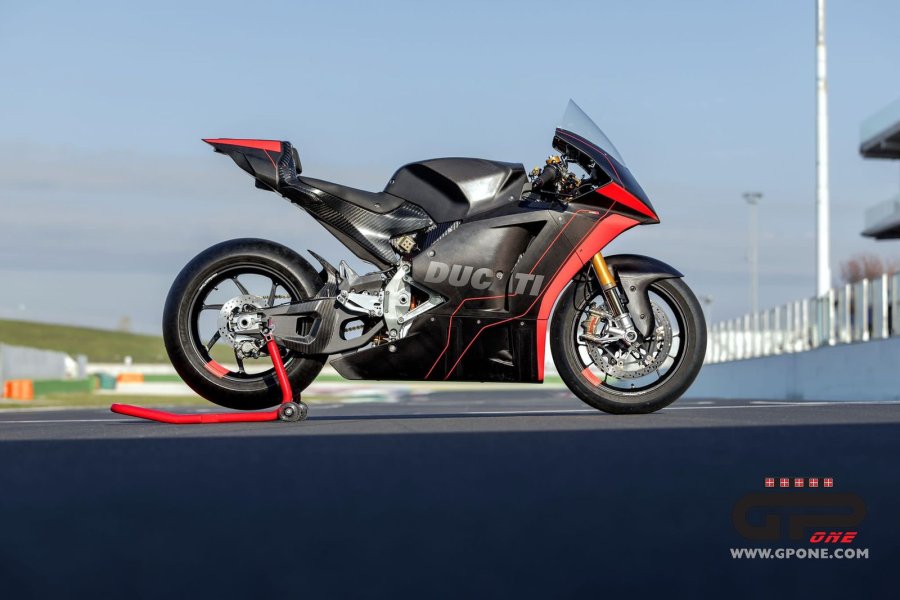