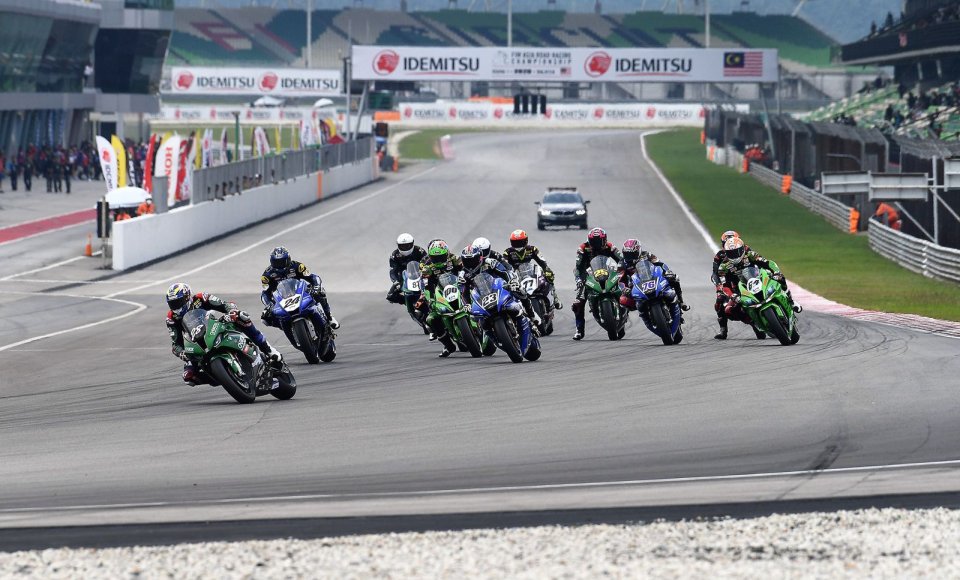 Almost two years after the inaugural weekend in Malaysia before the outbreak of the Covid-19 pandemic, the Asia Road Racing Championship is finally ready to restart. Today TWMR, the promoter of the championship, released the provisional calendar for next season which (barring changes) will revolve around the traditional six appointments, starting in March 2022 at the Chang International Circuit in Buriram and the big news represented by the trip to Japan at the Sportsland Sugo International Circuit.

In the last two years, every type of international and national motorcycle championship has had to deal with the pandemic, ARRC first of all. In fact, with riders and teams idle since the first round was held in March 2020 at Sepang, considering all the various difficulties, the restrictions on containing the contagion contributed to the cancellation of the remaining five events of 2020 and all in the current season.

Coronavirus emergency permitting, the four ARRC categories - ASB1000, SS600, AP250 and UB150 - will return to action on the weekend of March 25-27 in Thailand. Later in May it will head to the Sepang International Circuit and then, while waiting to find out the location of the third round, in the summer the championship will make its debut at Sugo (a track that hosted World Superbike until 2003). After the Chinese round at the Zhuhai International Circuit in September, in line with the recent past, the final will be held again at Buriram in November.

Round 2: 27-29 May - Sepang International Circuit, Malaysia