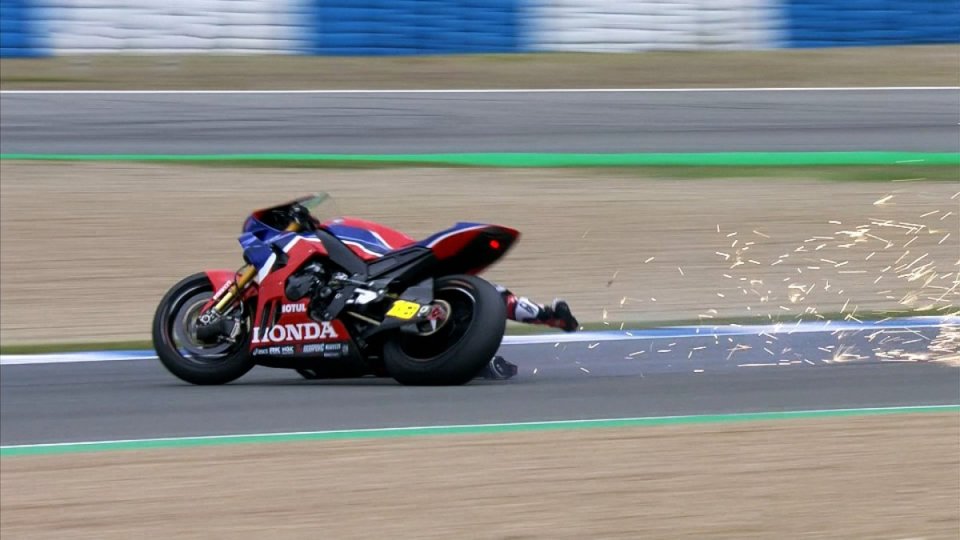 Superbike has been over for about a month and it's time to take stock. Among the analyses provided this season is the one related to the number of crashes by the riders. According to data released by Dorna, 2021 was the year with the highest number of falls in the last three years in the premier class.

The figure comes to a total of 159, or 25 more than in 2019. In 2020 there were 109, although it must be considered that the rounds held were five fewer due to the pandemic. Looking at the other classes, SuperSport reaches a total of 197, while the record belongs to SSP300 with 220. In all three categories, there were 632!

However, there is one aspect that captures our attention: in the season in which the production-based championship paddock mourned the death of Dean Berta Vinales, the lowest engine capacity category saw the smallest number of crashes in the last three years. In 2020 the figure was 238, 40 fewer than the previous season when it was 278. So if we compare 2019 with the Championship that recently finished, that’s almost 30% less. 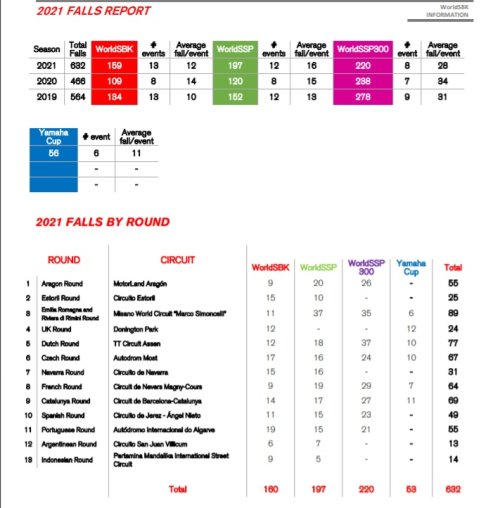 Going back to the top class, the rider who crashed the most in Superbike was Alvaro Bautista. In fact, Bau Bau lost control of his Honda on 12 occasions, followed by Mahias on 11 with the Kawasaki, while in third position can be found Gerloff and Nozane with 10 on the Yamaha R1.

Finally, a look at the big names with Toprak Razgatlioglu who proved to be flawless to say the least, so much so that he ended up on the ground on only three occasions. With double the number of mistakes, on the other hand, Scott Redding and Johnny Rea both paid dearly, thus affecting their race for the title. 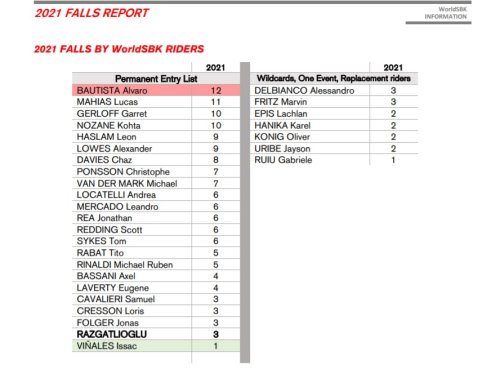