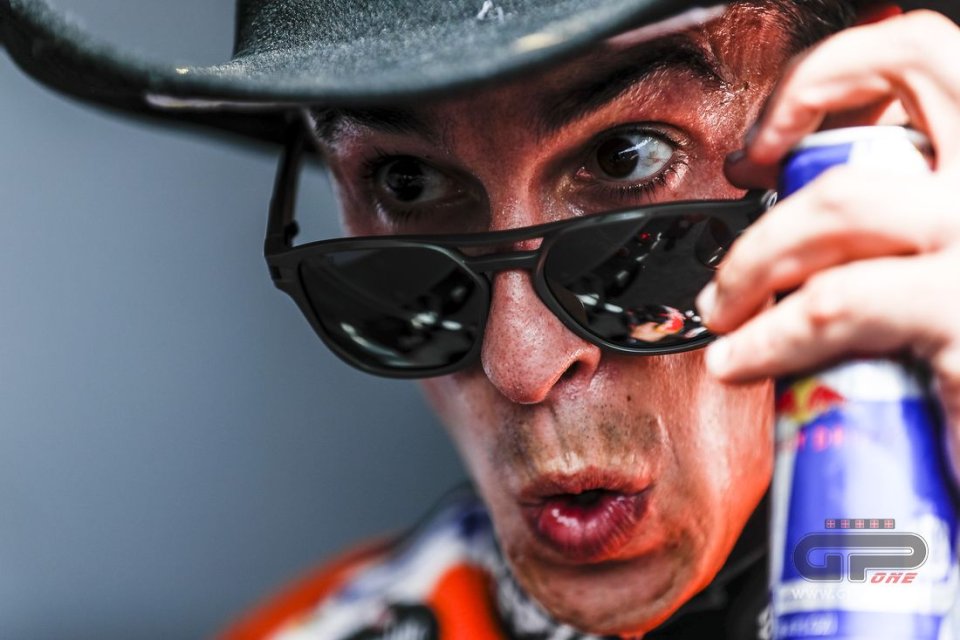 Honda won. Or at least its engine did. In Formula 1 with Max Verstappen, 30 years after Ayrton Senna’s last success and already that’s enough material for a book. It is quitting in a big way however, because the Tokyo manufacturer has already decided to abandon the world of four wheels. After all, the relationship between Honda and F1 has always been made up of farewells and returns (not always successful), unlike the one with the bike racing world championship.

HRC in two wheels is a guarantee… as well as a battleship. The most successful team, which returned to GPs in 1979 with the legendary, technological, but eventually unsuccessful NR 4-stroke oval piston and again world champion in 1983 with the NS 3-cylinder 2-stroke with Freddie Spencer. The manufacturer with the biggest resources (technical and economic), a true benchmark.

Or rather, it was, because Honda doesn’t have much to smile about at the moment in MotoGP. Exactly where it is involved in the front line, because after all in Formula 1 the fact that Verstappen won with the Japanese manufacturer’s engine is known relatively speaking by very few people, while the name of Red Bull (the energy drink that has become a team) is on everyone's lips. Even when you think of Senna, it’s McLaren that comes to mind, certainly not Honda. That’s the way it is.

In the MotoGP world championship it’s a different scenario however and so losing hurts even more. And yet the Japanese have a lot to learn from four wheels, because what they lack in two is first-rate management. Red Bull throughout the season has shown that it has strategists worthy of Napoleon in its ranks, not to mention that Max is a family jewel.

In MotoGP, on the other hand? It's all on Marc Marquez's shoulders and when he's not there ... it's in trouble. Not for nothing in the last two seasons has the Japanese giant shown it has very fragile legs and three victories (in two years) are only thanks to the champion from Cervera. It is logical that the team was built around the phenomenon, but a plan B should always be present. Instead, without Marc, Honda has almost become insignificant.

Two figures: in 2020 Honda finished 5th in the Constructors' championship (only ahead of Aprilia) and 9th in the Teams’ (also behind the LCR satellite team), while this year it was 4th among the manufacturers and 6th in the teams. The improvement was due solely to the reappearance of Marc, even though not full time. Proof is the fact that, despite having taken part in 4 fewer races, he was the best placed Honda rider in the world championship in 7th place, with Pol Espargarò (the only one besides him who got on the podium) 12th, and Nakagami and Alex Marquez 15th and 16th.

It’s crystal clear that there is a major problem. Let’s be clear that it’s also of a technical nature, but on this point the Japanese have already made amends by revolutionizing the bike for 2022. For the rest, however, they are continuing on a well-trodden path.

Starting with non-existent communication. Now that Marquez is in trouble again (due to diplopia) the strategy is the one already they tried and tested for his arm: the less said, the better. With the promise of an update before Christmas, as if it were a gift to the world. After all, the declarations made often do more damage than hail, so keeping quiet might actually be the lesser of two evils.

At least from the point of view of rider management, we expect a bit more from Honda. After succeeding in retiring Pedrosa and Lorenzo in quick succession (they quickly looked elsewhere to be test riders), their moves on the market were questionable to say the least. Signing Alex Marquez might have been a good idea at the time, but shifting him to LCR after one year has ruined what was good before. Nakagami seems to have a ride now only more thanks to his passport than anything else and poaching Pol Espargarò from KTM hasn’t produced any great results either.

While all the other manufacturers have moved on the market to grab the best young riders or keep them close (Suzuki with Mir, Yamaha with Quartararo, Ducati with Bagnaia, Martin and Bastianini, KTM with Oliveira and Raul Fernandez), in Honda they remained steadfast, relying on the usual Marquez. With the result that last year, with Marc injured, the only replacement was Stefan Bradl.

The hope for 2022 is that Marc will be ready to rock and roll right from the first tests, otherwise Honda might find itself in the same situation as in 2020, without any real alternative to its champion and with the possibility of another season on the back foot. Not to mention that they will have to make a move for 2023 at the same time by trying to poach a top rider from the competition, with Mir as the first target, unless there are any surprises coming from the Quartararo camp.

For the HRC management, everyone is under scrutiny, so taking inspiration from F1 might not be such a bad idea after all.

From 2003 to today: how much have MotoGP and Formula 1 changed?