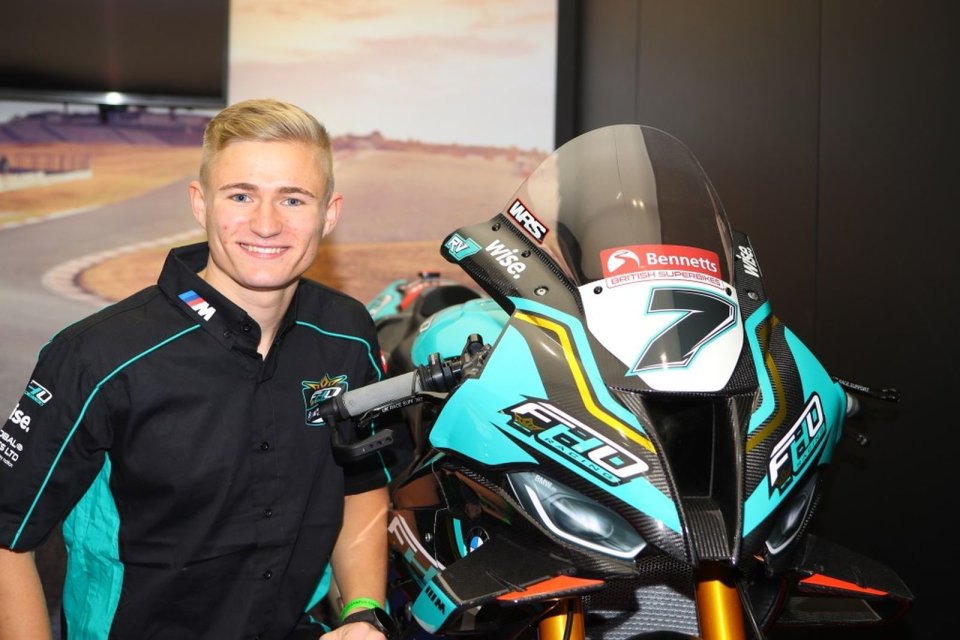 Having taken the place of the glorious Smiths Racing, the newborn FHO Racing got the satisfaction of giving the latest generation M1000RR the first podium in the land of Albione, ridden by Peter Hickman during the inaugural British Superbike campaign. The long-confirmed lap record holder at the Tourist Trophy was able to achieve a victory again in the BSB after seven years and also qualify for the Showdown. In view of the upcoming season, Faye Ho’s team has decided to invest in young riders, like none other than Ryan Vickers.

Projected into the top class as 2018 Champion of the British SuperStock 600, the 22-year-old has experienced three years of ups and downs in the RAF. Promoted by Lee Hardy Racing, Ryan Vickers only partially showed his personal speed skills, never going beyond a fourth place as the best result. Since he’s always looking for a definitive leap in quality, in anticipation of next year, he opted to join FHO Racing with the clear intention of seeking the top three first places of his career. A milestone to reach while riding the German super bike.

If, until 2021, he mainly worked on his own, he’ll now get the chance to further grow next season and learn from a rider of the caliber of Peter Hickman: “I’m extremely grateful to be able to race with FHO Racing. They’ve demonstrated their dedication throughout the season, and I’m really looking forward to joining the team,” Vickers said. “Peter has been incredible this year, and it’ll be a privilege to work alongside him in such a professional environment. I’m not only here to learn, but also to win, and I feel like this is the right opportunity. The bike is a proven race winner in the BSB, so I can’t wait to try it and start preparing for 2022.”