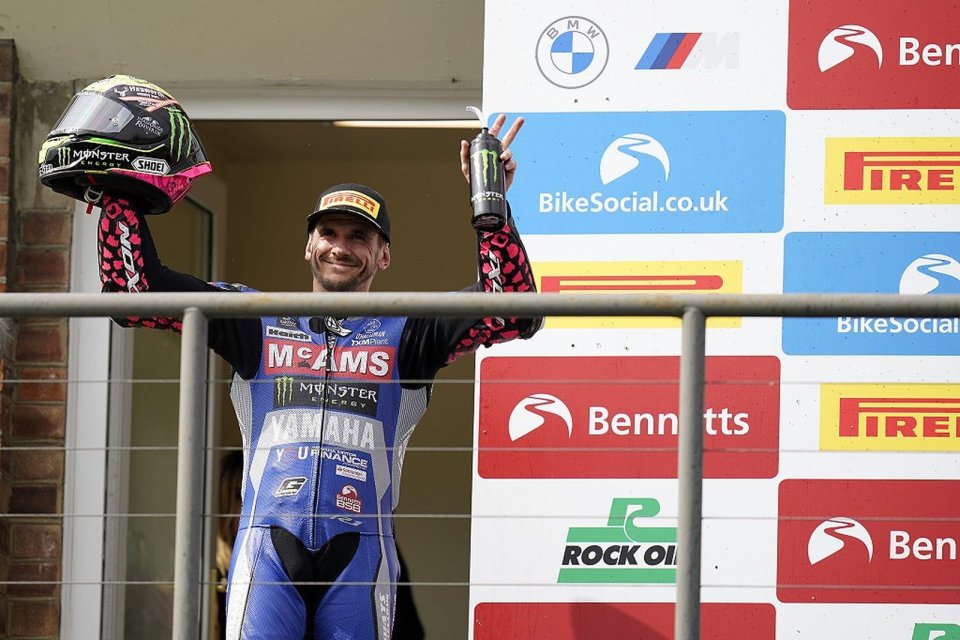 In the past season, Jason O'Halloran experienced first-hand the pros and cons of the British Superbike format. Undisputed dominator of the Regular Season, he then (sensationally) wittered away the massive lead over his pursuers at the Showdown, the same as what happened to some of his illustrious predecessors, thus saying goodbye to his personal dreams of glory in favour of his teammate Tarran Mackenzie (just reconfirmed, read HERE). Despite the disappointing end of season, the Australian confirmed that he has definitively entered the ranks of riders potentially capable of winning the title, to which he will aim in no uncertain terms in 2022 once again in McAMS Yamaha.

Missed out on the title

Having started the 2021 season as runner-up, the 33-year-old monopolized the scene with a superb hat-trick on the inaugural weekend at Oulton Park, followed by eight more victories and as many podium finishes. In terrific form, with a lead of over 100 points after the first eight rounds, the reshuffling of the cards foreseen by the end-of-season playoffs and two too many crashes made him gradually lose contact from the top of the standings, and he finished in third position 40 points away from his team-mate (just think that he even had 30 in his favour at the beginning of the Showdown…).

In addition to his best campaign ever in the UK’s top class, Jason O'Halloran's intention for 2022 is to restart from the good things shown in the first part of the current season, while continuing the partnership with the team headed by Steve Rodgers for a fourth consecutive year: "2021 was my best ever season in BSB, I came into the season with four BSB wins to my name and ended the year on 15 having been on the podium in 22 out of the 33 races – he said – There’s no hiding from the fact the end of the year didn't go to plan, but, considering '21 was a career best season for me, that is just added motivation for 2022. We've sat down during the winter, worked out where we need to improve and had a really productive visit to Yamaha Racing in Italy, who have a lot to come for the R1 which is encouraging. The R1 is without doubt the bike to be on at the minute and since joining McAMS Yamaha, each year we have made a significant step so hopefully we can do that again next year."