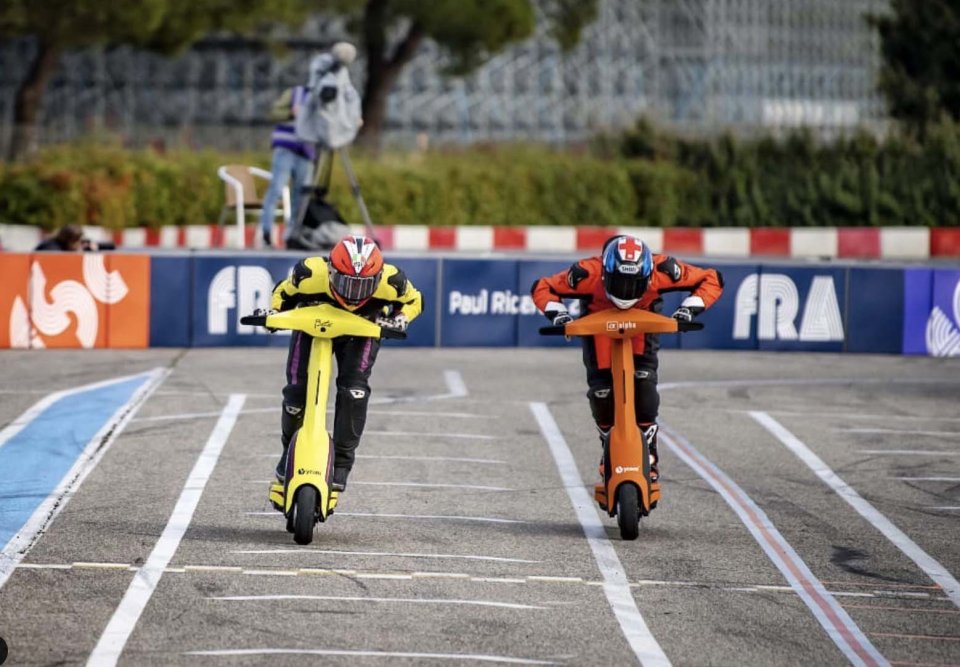 Is it or is it not him? Not an uncommon question if you see a scooter rider… wearing Bradly Smith’s helmet. The answer is “yes”! It is definitely the former promising British motorcycle rider.

The FIM has, in fact, announced that it's organizing a World Championship reserved for this type of… umm… vehicle, which will be starting next year.

And Bradley Smith has, in turn, announced that he’ll be taking part in the eSkootr racing series, but not as a rider.  He’ll instead be talent spotting or a tester. In the meantime, he may also take part in the CIV Superbike with the Black Flag Motorsport Ninja ZX-10RR, as we witnessed from recent tests in Jerez  (see article HERE ).

The rider with a Shakespearean accent posted a video on Instagram explaining how much he likes this new championship.

“Motorcycle racing,” he  explained, “has always been reserved for the rich. An electric scooter, on the other hand, is within everyone’s reach. We have professional riders of course, but there’s also room for those from other disciplines and for beginners.”

Sic transit gloria mundi. For a new Barry Sheene, we’ll have to wait a bit longer.

With a total of six races, the vehicles reach 100 km/h and are produced by a Williams F1 subsidiary: Williams Advanced Engineering, which built the frame, charging platforms and battery, signed a two-season contract.

The competition will be supervised by Dorna, which has an agreement with the FIM for the rights on electric racing, as well as for the MotoE.