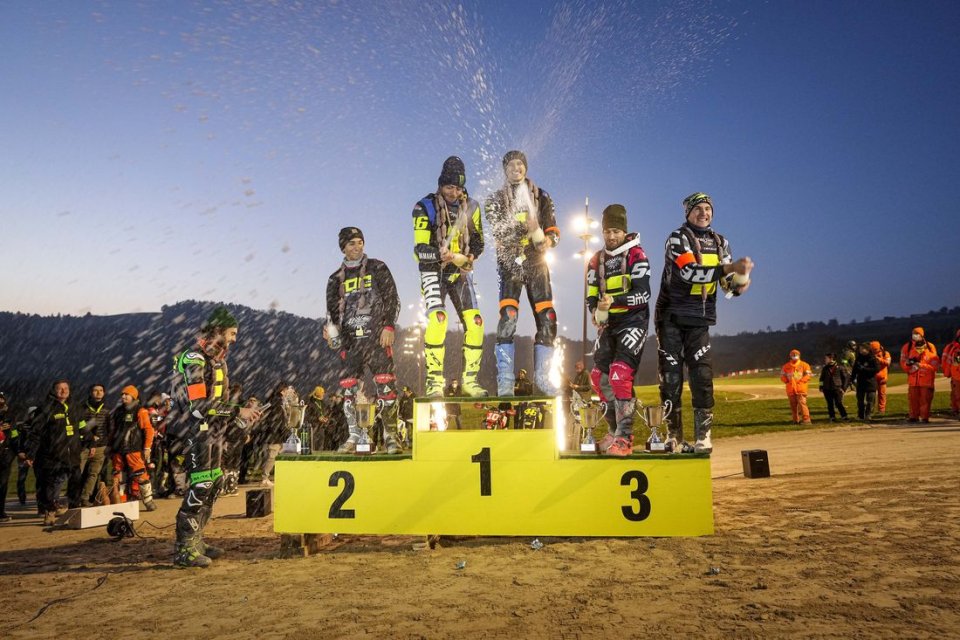 At the MotoRanch of Tavullia the seventh edition of the 100km of Champions was won by the team formed by Valentino Rossi and Luca Marini.

Following the traditional "endurance" style start with a race up to the bike, it was Elia Bartolini to close the first lap in front of everyone, gaining in a few laps a good advantage on his pursuers Valentino Rossi and Mattia Pasini and signing the best lap time of 2:03.836.

During the race, run on 50 laps with riders change every 5 laps, there have been numerous twists and turns. First of all, Marini crashed during his second stint, but this didn't compromise the VR46 Riders Academy rider's comeback, who with 12 laps to go signed the victory over Stefano Manzi.

A very open fight for the third step of the podium between the couples Pasini - Baldassarri and Bezzecchi - Migno, ended in favor of the first one due to a crash of Bezzecchi a few kilometers from the finish line.

The final day of the seventh edition of the 100km of Champions ended with the usual podium ceremony with the delivery of the traditional trophies of salami to the winning couples and to the three best riders of the Americana run on Saturday afternoon.

THE VIDEO WITH LUCA MARINI'S FORECASTS

Rea's family on Instagram: he is due for another CT scan on Wednesday