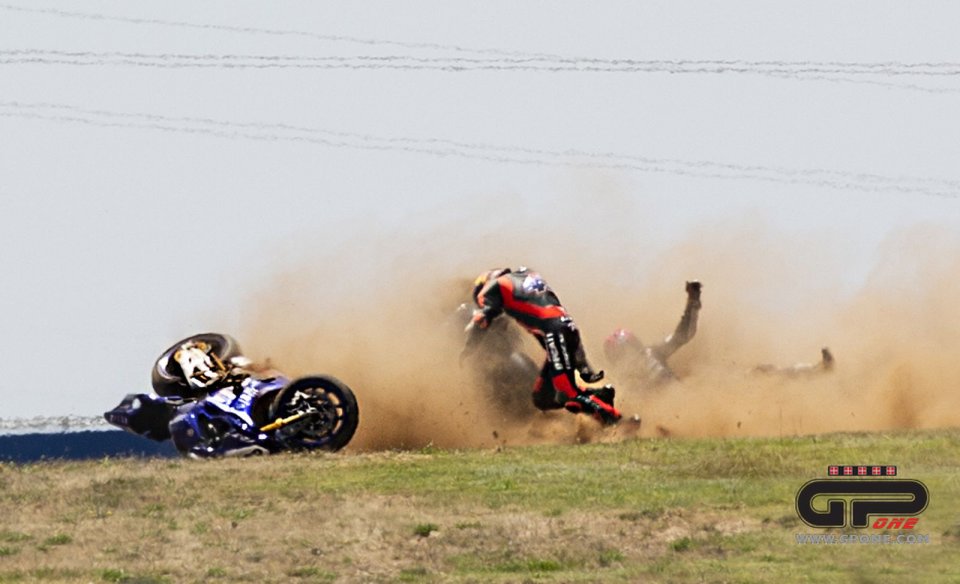 Jack Miller said he enjoyed his impromptu participation in the Australian Superbike race over the weekend, with 39-year-old Wayne Maxwell’s triumph on a McMartin Racing Ducati V4 R.

If the older Australian rider, who has already announced his retirement, achieved his third ASBK title with a  victory in Race 1, Jackass really put himself to the test on a V4R with Michelin tires, reaching a second place in qualifying... and he certainly pulled out all the stops, as we can see in the photo.

Close to the podium in Race 1, after a red flag with Evan Byles’ fall, he was then hit by Aiden Waigner.

Jack took an incredible risk, because the bikes and riders are fell together and, in situations like this, it takes very little to get hurt.

Fortunately, however, everything went well, and Jack  conquered the third step of the podium.