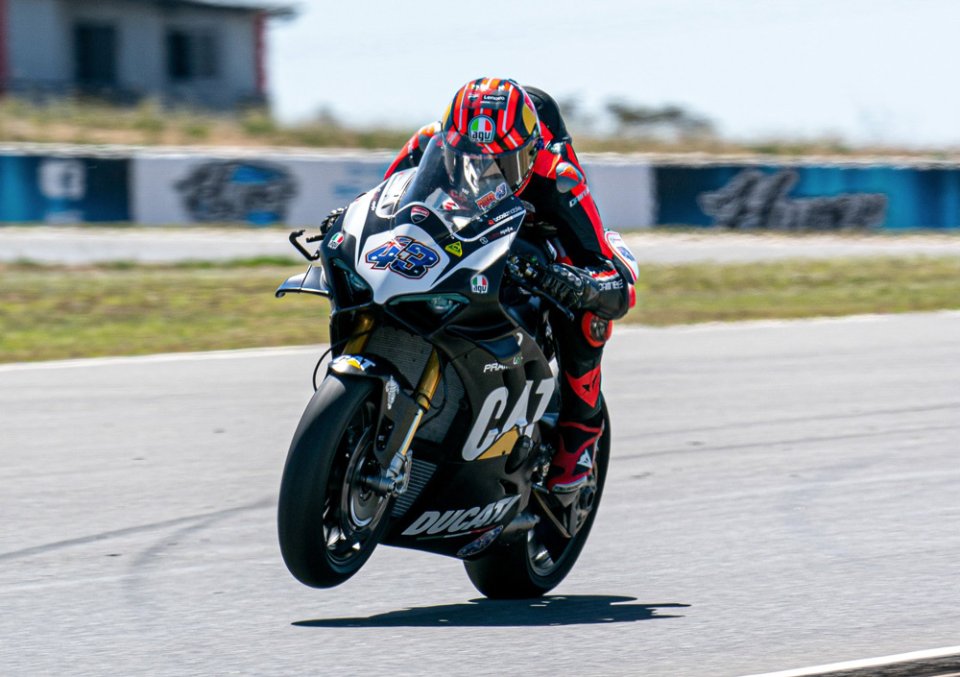 "I want to have fun, but I’ll give it my all,” Jack Miller, special guest of the final round of the Australian SBK Championship, stated. The championship will be held this weekend at The Bend Motorsport Park. The Ducati rider went from words to deeds today, taking to the track for the first two free practice sessions on his Ducati Panigale V4R (which is equipped with fully standard electronics).

Of course, Jack didn’t hold back and ended up finishing the day in front of everyone, thanks to a best time in the FP2. Jack, who has never been to the circuit near Adelaide before, stopped the clock at 1’52’331. But his rivals aren’t just sitting back watching. Arthur Sissis came up at just 8 thousandths from Miller on the Yamaha R1.

Oli Bayliss, Troy’s son, is also present. He’ll be making his World Supersport debut with Ducati next year and was 8th after the two free practice sessions. Josh Hook, a great friend of Jack’s and an accomplice to his participation in the ASBK, was 4th on the Honda.

“Bloody fun day at The Bend.The Ducati Panigale’s a heap of fun! Looking forward  to the rest of the weekend,” Miller tweeted. 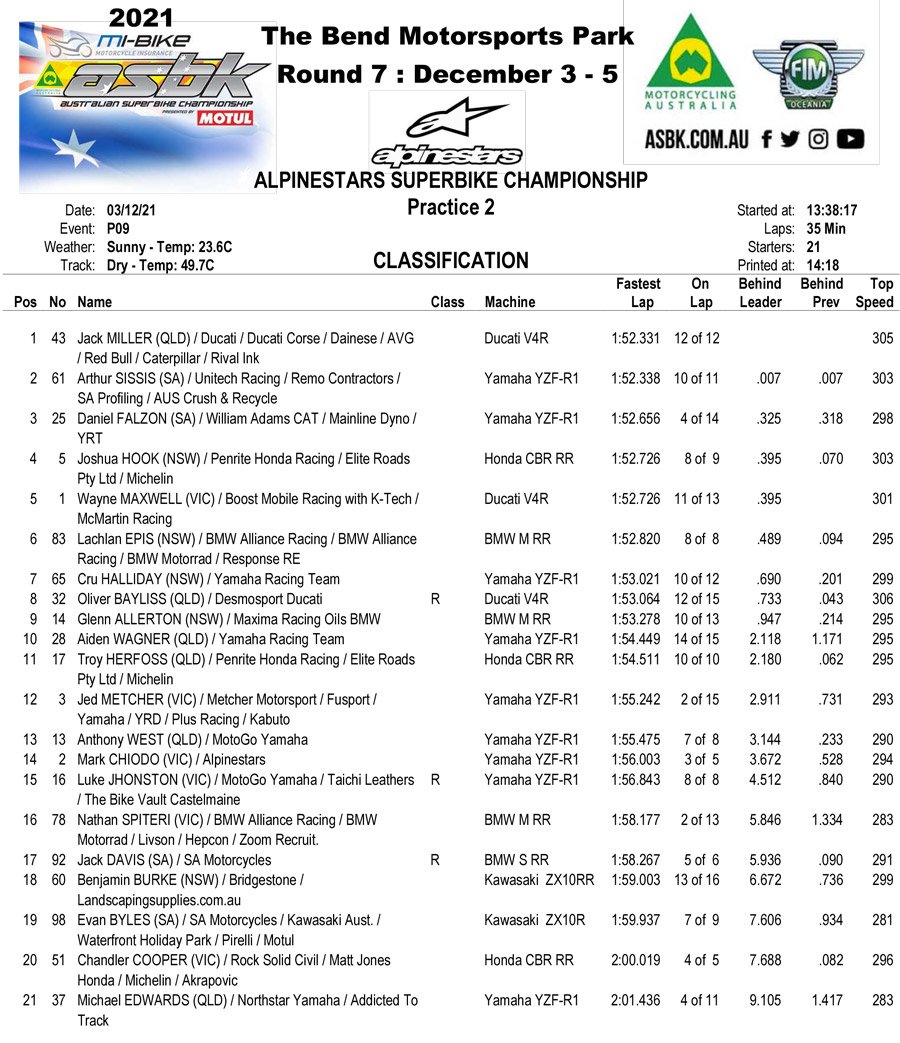 SHOCKPHOTO - What a scare! Jack Miller really risked it at The Bend.

Warm up your engines: Vallelunga circuit reopens for free practice