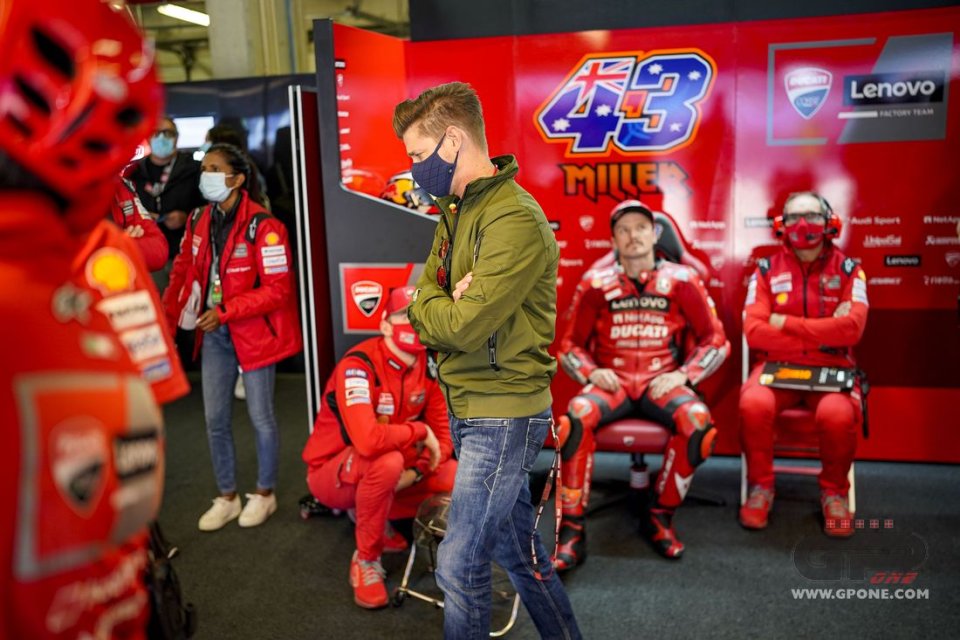 Already during a press conference at Misano Casey Stoner had expressed his thoughts on how MotoGP should be: with less electronics, without wings. In other words, more difficult, but also more spectacular. The Australian recently returned to the subject on the pages of the-race.com, reaffirming his ideas.

While on the one hand the electronics have levelled the performance, on the other hand the aerodynamics have finished the job. Stoner did not directly name wings, spoilers and various appendages, but his reference was clear.

“I would love to have a say in the technical regulations – he admitted – There are elements there that definitely don’t need to be there – and it isn’t a safety issue. They’re only pushing the price of development through the roof while we’re still trying to make things more cost-effective. One of the things we’ve got has basically turned it into F1 and the costs are going through the roof. I would like to see certain parts gone.”

Another obsession of Stoner is the green painted area after the curb, which has replaced the grass. In the past he had called it "the worst thing that has happened to motorcycle racing" and he hasn't changed his opinion one bit.

“There’s no edge of the track, it’s limited by some green paint, people have no fear anymore – he said - Before, when there was green grass, everyone had to check themselves.”

The last point, much debated in recent months, concerns safety. Dorna and the FIM have increased the minimum age for racing in the World Championship (taking it to 18) but according to Casey this is not the reason for the problem.

"I think everyone needs to have a little more respect for everyone else. I don’t just think it’s the young guys causing it, because I’ve seen a lot older and mature racers doing similar things. I think it all stems from the penalties and punishments not being harsh and definitive and clear enough,” he concluded.