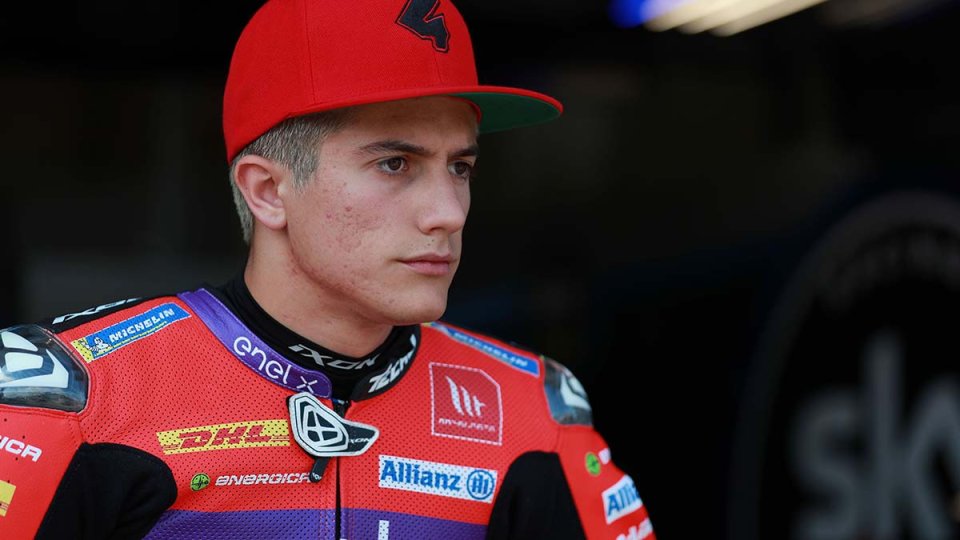 Hector Garzo will line-up with the Tech3 E-Racing team for the second time of his career, after already competing with the French squad in the inaugural season of the FIM Enel MotoE World Cup in 2019. In his first season in the electric class, the Spanish rider was very impressive on the Energica bike and finished three times on the podium, 4th overall in the championship, and will be for sure looking to do even better next year.

The 23-year-old native from Valencia has had a particular relationship with the South of France-based team over the last couple of years, as he made three Moto2 apparences at Jerez, Le Mans and Mugello with the team in 2018. Over the last two seasons, he competed in the Moto2 World Championship and achieved a valuable second place at the Valencia Grand Prix in 2020.

"I’m feeling very excited for next year because I am back with the Tech3 family which is the most important thing for me - said Garzo - I have already done a season in MotoE, the first year that the championship was built. In 2019, I came really close to winning the title, so this year, I want to fight for the championship again. It is going to be a really good year, so let’s go for the championship!"

"I am very happy to announce that Hector Garzo will be back with Tech3 E-Racing in 2022 - added Poncharal -  We had a great 2019 season together and I am very excited to see him back in the FIM Enel MotoE World Cup. I am confident that we will be competitive, and I dare to dream that we will have the possibility to fight for the title. During the last two seasons, Hector showed great speed and potential in the Moto2 World Championship. He made a lot of progress and raised his game. Having a young rider of such a high-level joining the MotoE Championship proves that MotoE is becoming more and more competitive every year, and attracts talented and fast riders."

ARRC back on the starting blocks with 2022 calendar, Sugo new entry

Livia Cevolini: "Once there will be more manufacturers in MotoE, we'...