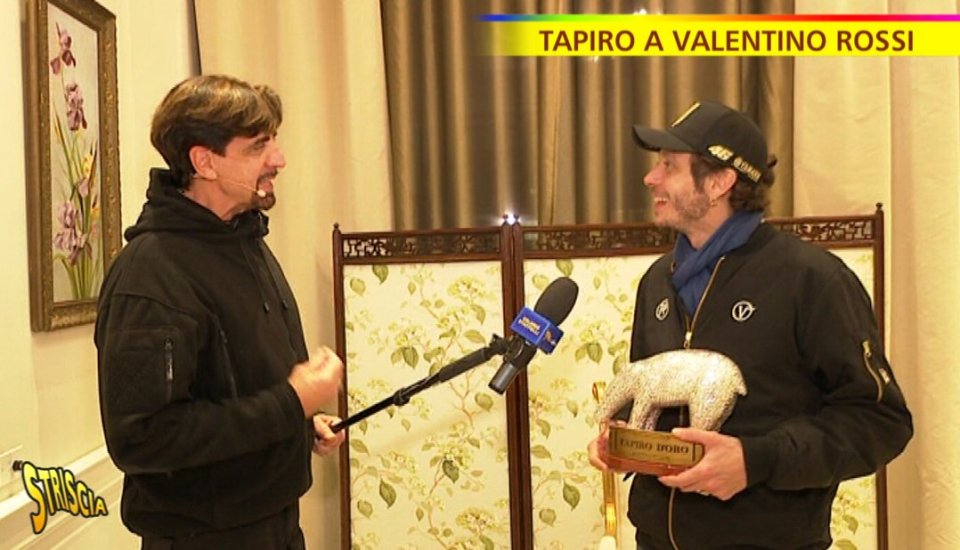 During the week at EICMA, where Valentino was the star attraction, he also had time to receive a Tapiro entirely studded with Diamonds. Yes, you read that right! Valerio Staffelli joined Valentino Rossi at his hotel in Milan to present him with the satirical award.

“Is your all-time rival, Marquez, happy you retired?" Valerio Staffelli joked as he handed the Doctor the diamond-studded Tapiro. "I didn't ask him, because our relations have remained a bit rusty..." Valentino said, and he also added that he’s ready to get right back on the track. “When the world championship resumes, it'll be tough, but quitting was the right choice and, in any case, I’m going to race cars. I'm definitely not retiring!”

This was the seventh Tapiro Valentino has received during his career, exactly sixteen years after the first, which dates back to November 2005.