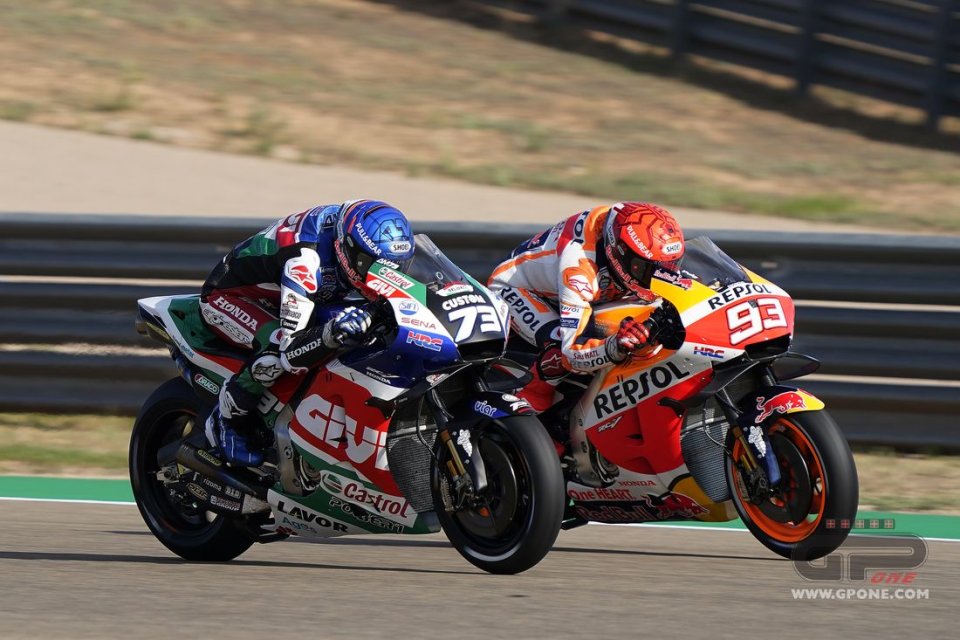 “My wish for 2022 is that fate be a little kinder to me, without injuries, not only for me but, above all, for Marc. Then I hope to be more consistent in the top six or eight, and that Marc is able to win the world championship.” Alex Marquez knows what he wants for next year and talked about it in an interview with AS.

2021 wasn’t an easy year for Alex, He went from the factory Honda team to the LCR team, and he wasn’t able to repeat the good results of the previous season. It wasn’t all his fault, because the RC213V had a lot of problems, and only Marc managed to save Honda’s year with three wins.

They realized this in Tokyo and prepared an entirely new bike for 2022, which we first saw on the track during the Misano tests in September and then the Jerez tests at the end of the year.

“It left me with a good feeling,” Alex said. “It’s a totally different concept. We still have to work on a thousand things, but we’re getting the times, and this is the most important. It’s exciting because it’s a different bike, and it’s a breath of fresh air. It needs to be developed, but the foundation is really good.”

On this, he agrees with Marc who, at Misano, told the Japanese engineers almost the same thing his  brother did in Jerez.

“During the winter, we’ll have to especially work on the engine and aerodynamics, which are the parts that are most limited in development during the season,” he explained.

They needed this innovation like someone who needs water in the desert.

“They worked on the previous bike for many years. It had a lot of potential, but it had reached its limit, since the other brands had gone in a different direction,” he continued, “We’ve gained a lot of traction and lost some agility, but that’s normal. Having traction and acceleration is essential now in the MotoGP.”

“It’s the most complete bike. I think it has been for a few years. Many riders know how to ride it well, and they’re almost all fast,” Alex stated. “They chose that motorcycle concept much earlier and have really developed it.”

Puig: "We don't expect to start 2022 without Marc Marquez"

Marc Marquez: the lion’s caged but ready to roar again