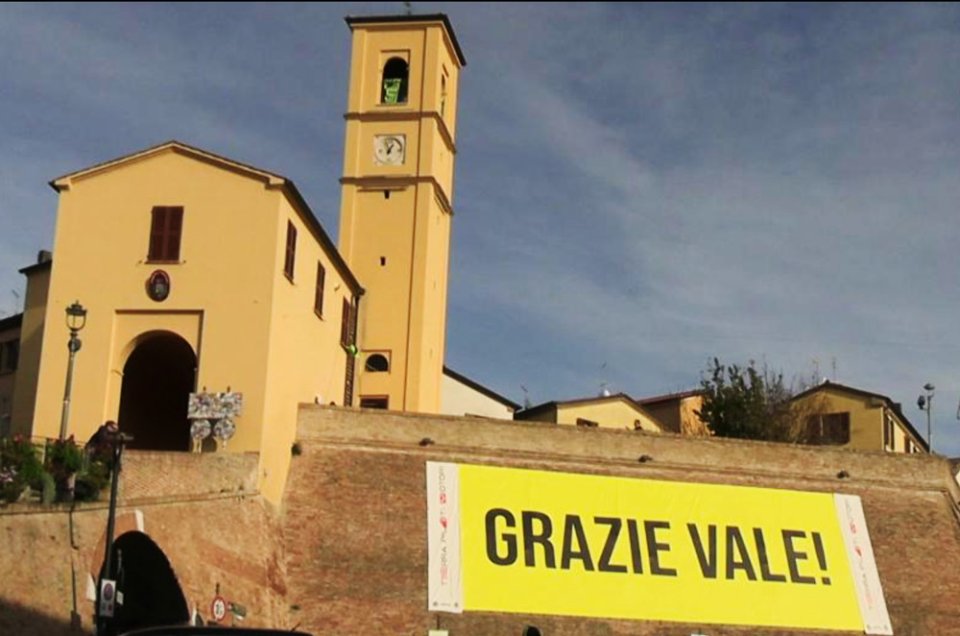 Valentino Rossi retired and his Tavullia banners disappeared. But it’s not a question of his fans falling out of love with him. It was a request by the Superintendency of Ancona, as the Corriere Adriatico reported.

So the big yellow banner with the words, “Thanks Vale!”, hung on the medieval keep is no longer there, like the one with all the photos of the champion's career. And even "Yellow Park", the playground dedicated to children and built at the foot of the walls, doesn’t seem to respect the surrounding medieval architecture.

It was reported to the Sabap Marche (Superintendency for Archeology, Fine Arts, and Landscapes of the Marche region) by a local resident, who is member of "Italia Nostra" (a non-profit organization dedicated to the protection and promotion of the country’s historical, artistic, and environmental heritage). A decision regarding those banners has not been reached yet, but the town decided to remove them for the moment, pending the decision of the Superintendency.

Many who turned their noses up to this decision. Not only because of their fondness for their fellow resident, but because those banners, and especially the park, would have redeveloped the area. Now the ball is in the hands of the Superintendency.