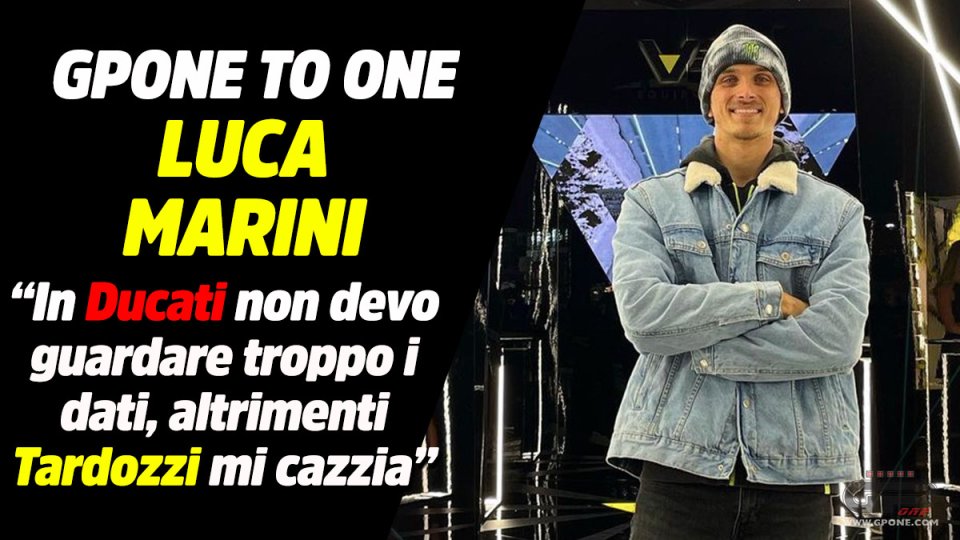 On one hand, there’s a new entry: Marco Bezzecchi. On the other, a confirmation: Luca Marini. This definitely peaked everyone’s curiosity on  the VR46 team in view of the World Championship's upcoming season. Everyone is undoubtedly curious about Valentino’s brother, who’ll have a season behind him next year and a latest-development Ducati.

He was also at the 78th edition of EICMA, surrounded by the warmth of his many fans, who flocked to the Rho Fiera Milano Show, so we took the opportunity to exchange a few words about the past, present, and future.

“The last time I came to EICMA, in 2019, I was a Moto2 rider, while now I’ve realized my dream of getting into the MotoGP,” Marini began. “It was a long journey that allowed me to reach the top class. I had fun and learned a lot the first season, aware of the fact that I’ll  have to grow and reach new goals in the future.”

Marini just returned from the last test session in Jerez.

“The GP21 gave me excellent sensations. You immediately understand that it’s a new bike. In fact. I congratulate Ducati for the work done. Now I can’t wait to try the GP22 in Malaysia, in order to figure out what the confidence and all the sensations will be.”

In view of next year, Ducati will field an actual platoon, with eight bikes in the starting blocks.

“Pecco turned out to be the strongest, and he’s certainly the reference. But, in Ducati,  you can take the best out of each rider and integrate it into your riding style. I can't keep looking at the data, because Tardozzi gets pissed off,” he said jokingly. "However, I know that there will be new things in Malaysia, and I’m convinced that the Ducati will be a tough nut to crack for everyone in 2022.”

He also talked about his relationship with Pecco.

“I’m convinced that there will always be an excellent relationship with Pecco. Things can change when you fight for the win, even if you  know that everyone wants to do better than the other.”

Finally, he also talked about Rossi’s test on the Ducati that was discussed.

“It would be nice, but I don’t think Vale will test the Ducati even if, knowing him, he'd try it at Misano. No, I don’t believe this will happen. Never say never. We’ll see.”

Marini: "I'll ask Valentino to try this Ducati, it's fantastic...