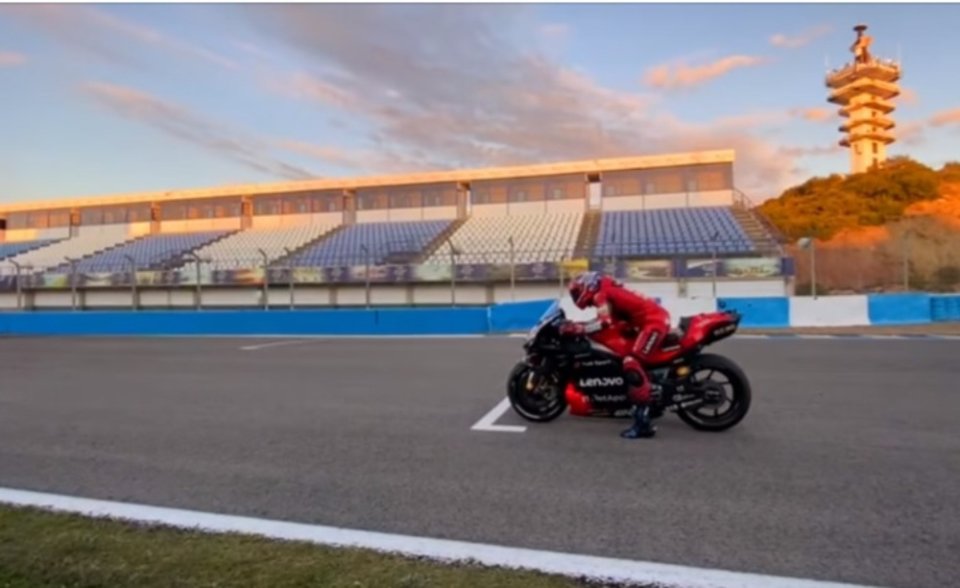 From 0 to 100 km/h in just two and a half seconds. With a video that appeared on social media, Michele Pirro wanted to show the potential of the Ducati GP22 in a starting test on the Jerez track. Not bad then the cavalry of the latest evolution of the Borgo Panigale, which in the coming season will aim to give the assault on the title that is missing since the days of Stoner.

The Soft front will be a good solution for the less aggressive riders who need good feedback and high grip levels at maximum lean angle. The Hard...
7 hours 42 min ago

“I don't know when he'll be back. When he feels ready, he’ll come back, not before. Then he’ll have to work on his muscles, see if his shoulder is...
19 hours 21 min ago

"In the morning I was closer, but in the afternoon Fabio made another step, or rather a ‘big step’ in braking. And I was already at the limit. That’s...
22 hours 27 min ago

From the day he was born into a racing family on February 16, 1979, Valentino Rossi seemed destined for racing greatness. In this richly illustrated...
1 day 3 hours ago