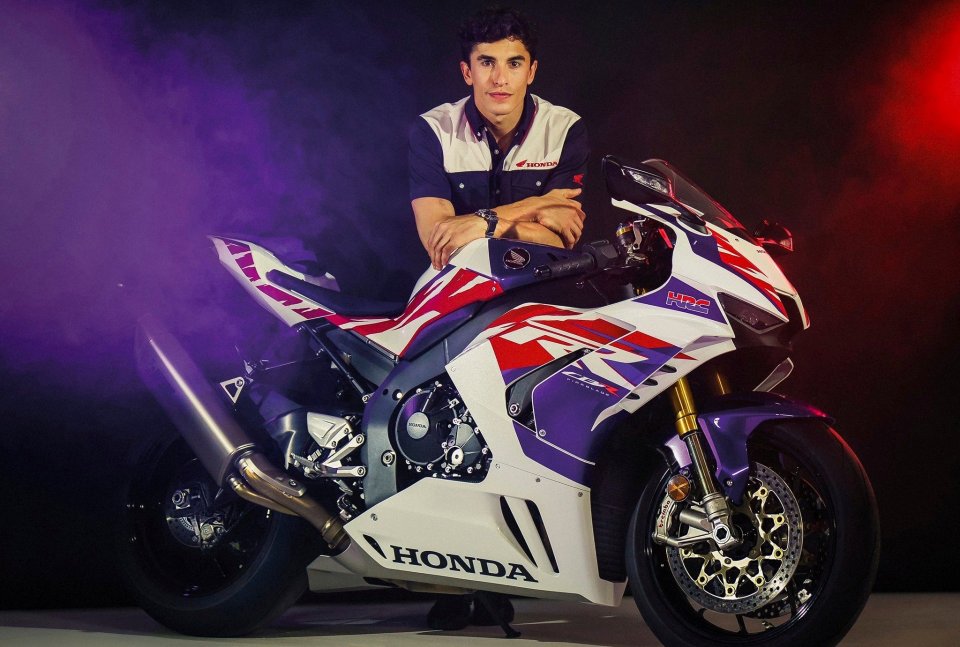 Celebrating the Honda Fireblade's 30 year anniversary is a special moment, and Marc Marquez wanted to pay tribute to the CBR 1000 RR-R by posting a photo on social media with an original livery. As we all know, #93 loves Eicma but, unfortunately, he had to decline the invitation this year, since his diplopia forced him to raise a white flag.

Despite his absence, they couldn’t go without an image of him posing alongside the Japanese bike, but we all hope the next photo shoot will be of Marc in action.