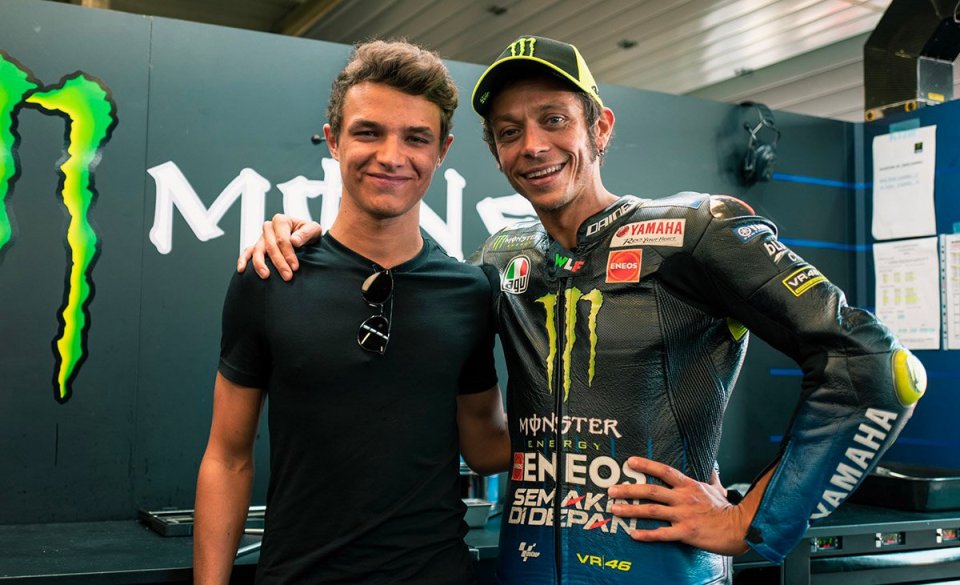 Who knows, maybe soon we won't see them racing together. Who are we talking about? Simple: Valentino Rossi and Lando Norris. On the occasion of the Grand Prix of Qatar, the McLaren driver has written a message to the Doctor proposing him a four-wheel race in the future.

For his part, Valentino appreciated the British rider's proposal: "I'm always in touch with Lando because he's been a fan of mine since the beginning - the 46-year-old told Motorsport - among other things, he made a special helmet like mine for the Monza GP. I follow him a lot because I think he is a great talent and he is also very young, I consider him a funny guy. Next year, with more time, I want to try to go and see a Formula 1 race".

Afterwards Valentino opened to this possibility: "For me it would be fantastic to race with him because he is fast. It would be an experience to share with great pleasure and there will be fun to be had in case."

VIDEO - Rossi doesn't race but trains: at Mugello with the Academy