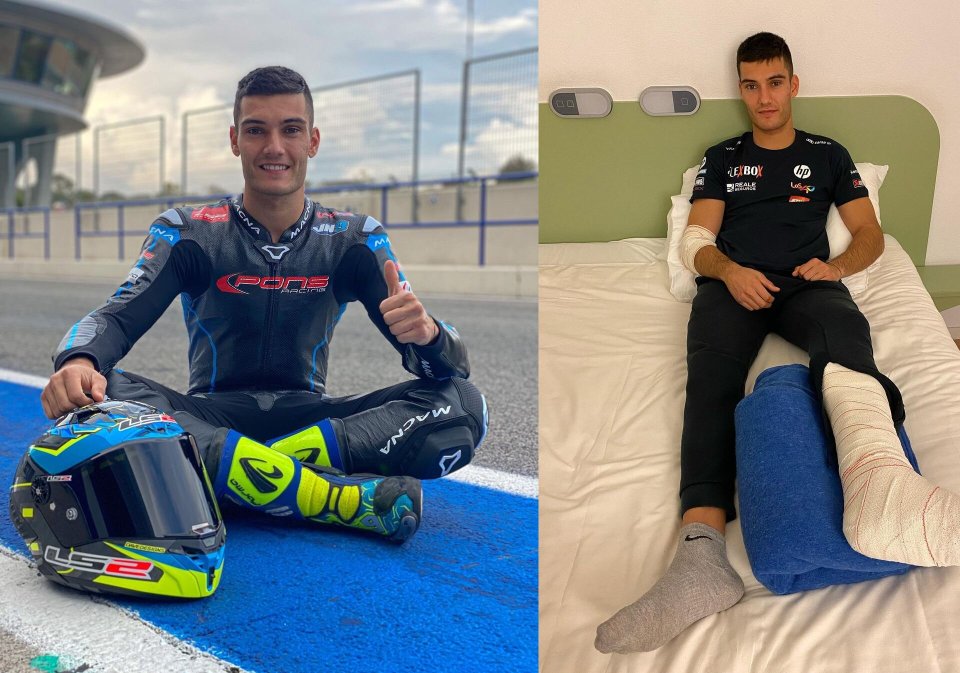 During these past few days at the Jerez de la Frontera circuit, the middle class riders covered their first kilometers of the 2022 season during private tests, but Jorge Navarro's first laps on his new Kalex in the Pons Racing team didn’t end exactly as he had imagined.

Unfortunately, the rider from Spain was involved in an accident after 46 laps, during which he fractured his left ankle, putting an end to his days testing. He obviously won’t be on the track today and will undergo further visits in Barcelona for a complete diagnosis. As of now, they’re foreseeing a recovery time of at least three months, which means no sooner than February.

"It wasn't the start that I desired,” Jorge wrote on his Instagram profile. “But I'll be back even stronger than before in February. Now I have to think about recovering and resting. Tomorrow I’ll have a check-up in Barcelona with Doctor Mir's team to understand how to fix my factured malleous.”