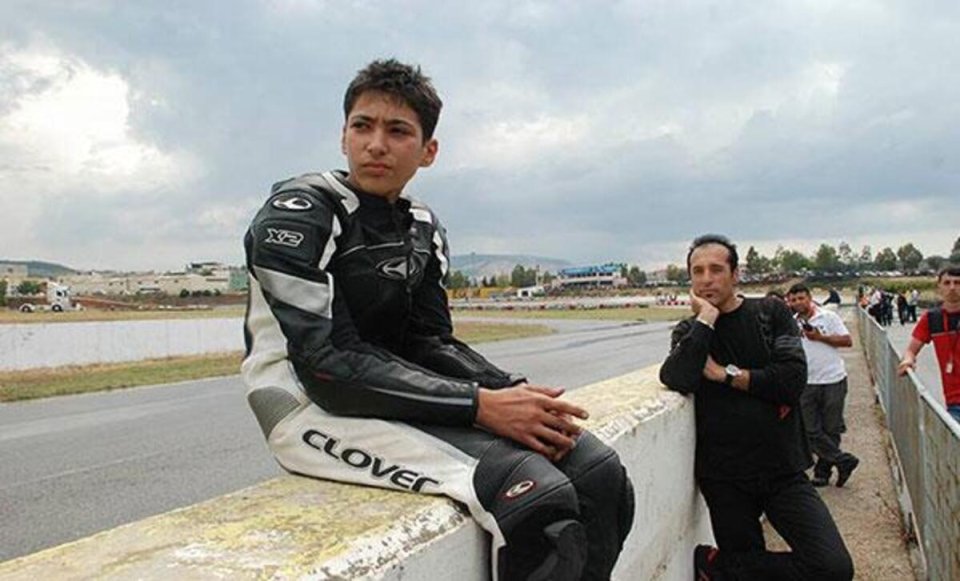 Toprak Razgatlioglu wanted to dedicate this first world title in Superbike to his dad Arif. A pivotal figure in the life of the new world champion, who passed away on November 16 four years ago, due to a tragic road accident while he was riding his motorcycle with his girlfriend, who also sadly flew to the sky.

To understand who Toprak really is, however, we need to rewind the tape a few years earlier, when at the beginning of the ‘90s, dad Arif moved to Alanya, a town of about 100,000 inhabitants on the Mediterranean coast, where he opened a motorcycle, scooter and bikes hire concern. Apparently the passion for engines was a family business, so much so that in the years to come the father became famous in the country for his evolutions on two wheels with burnouts, rev-ups and stoppies, the latter passed down to his son. His stunts did the rounds of the web until arriving on TV, to the point of being recruited as a stuntman: "Tek Teker Arif" was his nickname, or "Wheelie Arif".

Unfortunately, fate is cruel at times, because as we mentioned before, Arif sadly lost his life in a car crash while he was riding his motorcycle with his partner. It was November 16, 2017, about one month after the end of the Superstock Championship, which saw his son finish in second position just eight points behind the winner, Michael Rinaldi. The death of his father marked Toprak deep down, but he was not alone, because a certain Sofuoglu intervened to help him. Kenan took him under his wing, helped him, advised him and indicated him in training on his home track. He instructed him on the track, with his technique, but also on a human level in relationships within the paddock.

Toprak was young, shy, silent, taciturn. A reserved guy, a man of few words, almost afraid to open his mouth. His talent, however, is crystal clear, so much so that in the first season of the World Championship he immediately finished on the podium and in the following one he even tasted victory with the ZX-10 RR of Manuel Puccetti's team. Kawasaki had its post-Rea rider in-house, but apparently let him slip away, because after the events in Suzuka, relations with Kenan deteriorated and the Turk realized the time had come for a change of scenery. He then entrusted him to Yamaha, which put him at the centre of the WSBK project.

Dosoli and Dening offered him the best possible support, leaving van der Mark aside and taloring the bike to his riding style. A style at the limit, which saw him push hard like no one else on the front as if recalling a certain Marc Marquez. It took him a year to tailor the R1 to his liking and take it to the top of the world. The 2021 Championship was decided only at the last race, but most likely it could have finished earlier, if his bike hadn't left him stranded in Barcelona and Portimao or Gerloff hadn't thought of making contact in Assen.

The fact is that whenever he crashed to the ground, Toprak always got up and returned to the attack stronger than before, winning and leading his opponent into mistakes. For more information, just ask someone like Rea, who has crashed this season more times than ever before. To all this is added a competitive ferocity and a killer instinct worthy of true champions.

Toprak rarely thought about settling for the result, let alone making calculations: "I don't think about the World Championship, but only about winning races", he said several times during the season and his words were confirmed in the weekend at Navarra, as well as in that of Portimao and San Juan, when he could easily have settled for what he had, instead he raced as if it were the last chance in his life to taste victory.

That very victory that today led him to write a new page in Superbike history at the age of only 25, keeping that promise made years earlier to his father, namely to win the world title.

On his helmet there are the initials T.T.A. They stand for the initials of his name, that of his brother Tümay and his father Arif. An acronym that can also be read as his father's nickname: Tek Teker Arif.

VIDEO - The Doctor and the Acrobat: the Rossi and Hodges show at the Ranch

Toprak: “I could be happy, but I feel bad for Rea”