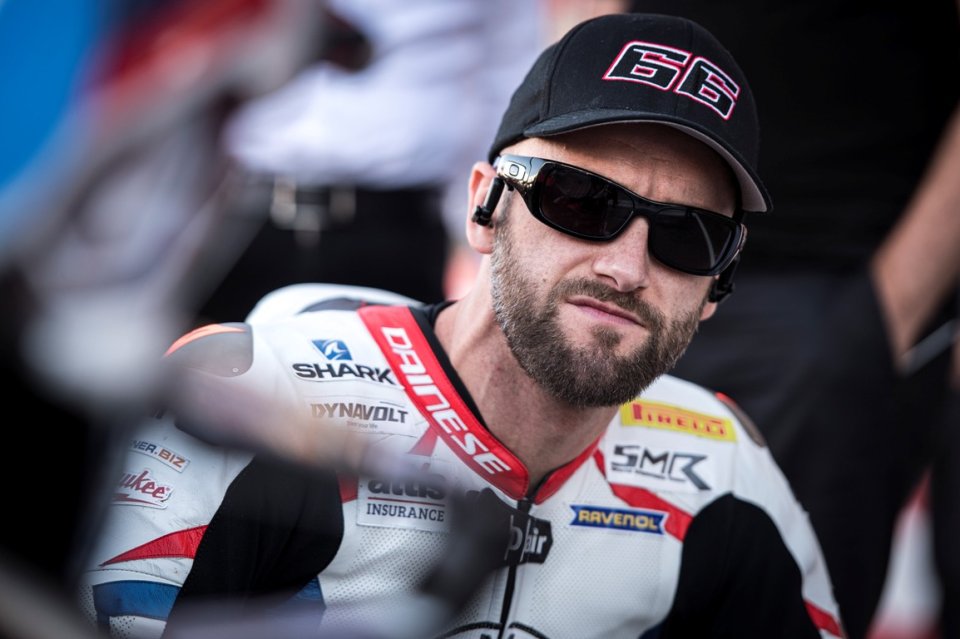 Returning after a 2-month break due to the injury he picked up in the Barcelona round, Tom Sykes finished his adventure in BMW and, probably, in the World Superbike Championship, in the best possible way, with a 10th and a 5th place in today's two heats. It’s a chapter that gave Sykes a lot of satisfaction and some disappointment, especially in the last period where he was side-lined without too many regrets by the German manufacturer.

"It was a year divided in two and a bit bittersweet, during the season we had to carry on the development of some things and, at the same time, race, which is not an easy task - said the Englishman, taking stock of his 2021 which saw him score a pole and get on the podium on two occasions - At this level it is necessary to focus on the races. I was taken by surprise by the decision that came in August and from there things took a bitter turn, but there were also some positive things. I have no regrets in my life, I have learned a few lessons and this year I have learned another, I have realized it and will go on ".

Sykes also spoke about today and a BMW that looked very perky in the wet. "Riding in the wet here is a pleasure, there is a lot of grip and it makes racing even more fun - said Sykes who reiterated a concept also expressed by the man who won race-2, Jonathan Rea - I would say that all riders were pleasantly impressed with the grip. The track is also very wide, it is very nice to ride, between turns 7 and 9 it is physically demanding but we must congratulate everyone who was involved in its construction. As for the BMW being good in wet conditions, I think the riders are good at getting round some of the bike's limits and getting closer to the positions where we deserve to be, naturally in the dry it is not possible to do the same thing in the same way. Today I think the approach was different, I'm happy for Michael, he deserved the result ".

Tom then spoke about his future, which is still uncertain but he certainly won’t be in the World Championship, at least in 2022: “I'm still looking around, there are no confirmations. It's a shame, this weekend I came back from an injury that a lot of people can't understand the risks of and qualified on the second row. In my opinion I was also limited in my riding, I know that the potential is there in the wet. For sure, in an ideal world, I would have stayed in the World Championship as it has been in the last 13 years, but sometimes one door closes and another opens. As for BSB or Motoamerica, obviously I took them into consideration, my passion is racing. You can say that the tracks are narrower there and so on. In the end, even when I was World Champion, walking around Laguna Seca with my ex-crew chief I said that I would have liked to race there for a year, so for sure I’m interested. I know BSB, I've been there, it's a very well organized championship and it's very competitive, if I race there I'll have the target on my back. This year I turned 36 but I feel like I'm 25, I enjoy racing, we'll see what we can organize. As I said, I found myself a bit unprepared because the decision was given to me late, I will have to respond accordingly ".

No chance, in any case, to see him racing with BMW in other series from what Sykes said in conclusion: “I have no other options with BMW but, as I said, there are other things at stake and now that the races are over the we will look at them in more detail ".