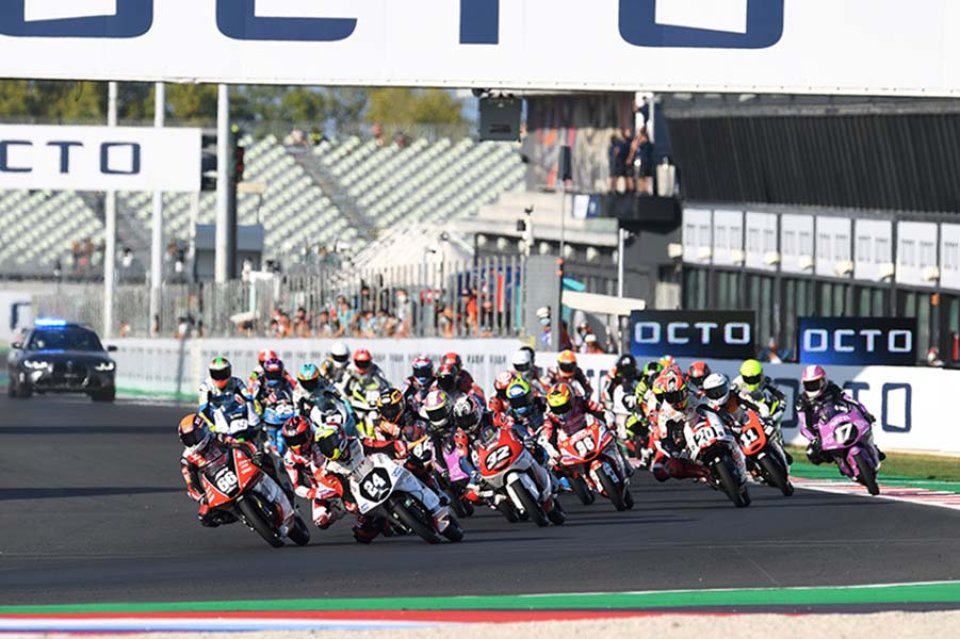 A new era will begin for the FIM CEV Repsol in 2022. As the competition enters its 25th year, the series will officially become known as the FIM JuniorGP, recognising its status as the final step on the Road to MotoGP and a globally vital competition for young talent.

The FIM Moto3 Junior World Championship, the Hawkers European Talent Cup and the Moto2 European Championship, including the Superstock 600 category, will retain their denominations under the umbrella of FIM JuniorGP.

Over nearly a quarter of a century, the series has played a key role in the recognition and development of riders who have gone on to rule the world, including eight-time World Champion Marc Marquez (Repsol Honda Team), 2020 MotoGP Champion Joan Mir (Team Suzuki Ecstar) and newly crowned Fabio Quartararo (Monster Energy Yamaha MotoGP), France’s first premier class World Champion. Over 80% of the riders in the Grand Prix paddock have passed through the series on their Road to MotoGP, rising to over 90% for the Moto3™ grid.

2022 now marks a new era as the series becomes FIM JuniorGP, cementing its status as the final stepping-stone for young riders on the Road to MotoGP.

"The FIM JuniorGP allows young riders to get their MotoGP entrance exam - said Jorge Viegas, the FIM President - The FIM is proud to participate in the development of young riders thanks to its close collaboration with Dorna and FIM Europe. The European Talent Cup, the Moto2  European Championship, including the Superstock 600 category and the FIM Moto3 Junior World Championship are all springboards to access the premier category. The FIM JuniorGP will continue to offer thrilling races which will allow the discovery of future stars as was the case for Marc Marquez, Joan Mir, Fabio Quartararo and more recently for Pedro Acosta the 2021 FIM Moto3 Grand Prix World Champion."

“The officialization of FIM CEV Repsol as FIM JuniorGP is a very important step for the road racing competitions - replied Martin de Graaff, FIM Europe President - I’m proud to announce that the Hawkers European Talent Cup and the Moto2 European Championship thus officially become an important stepping stone to the World stage. I would like to thank Dorna and FIM for the work done together over the past few seasons: I’m sure that this great step forward will give the championship even more prestige, giving numerous talents the chance to emerge and become great champions".

“We are very proud to announce FIM JuniorGP and the beginning of this new era - added Carmelo Ezpeleta, CEO of Dorna Sports - The track record of the Championship speaks for itself, with an incredible amount of riders in the MotoGP paddock having raced here on their way to the top. FIM JuniorGP is the perfect name for the series as the final step on the Road to MotoGP and I can’t wait to see what the future holds as the competition hits the milestone of 25 years. We look forward to many more as the FIM JuniorGP era begins.” 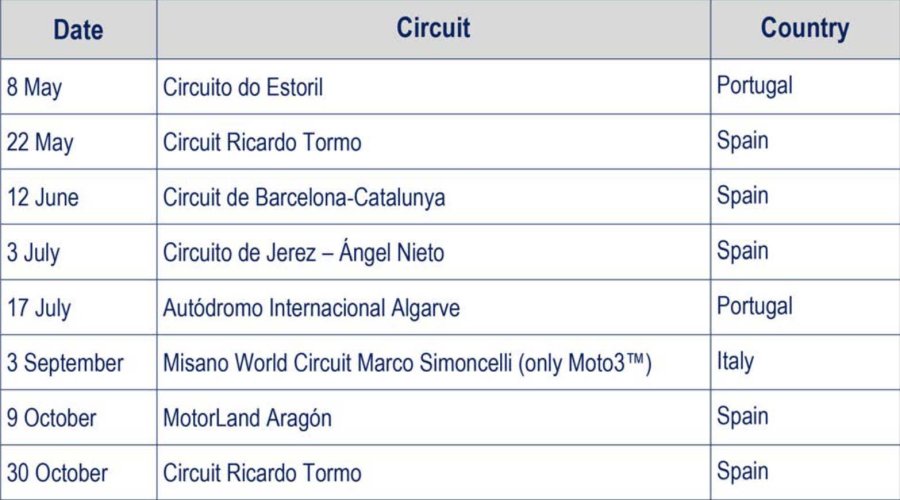