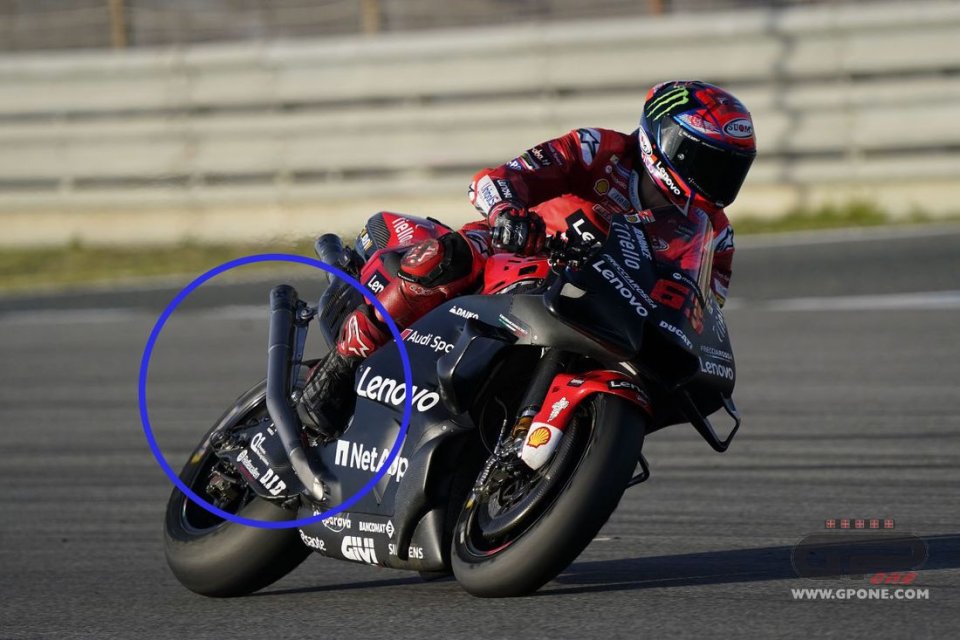 The Desmosedicis in yesterday’s tests in Jerez aren’t very different from this season’s bikes. A new fairing was tested that had, however, already made its debut at Misano. But one detail caught everyone’s eye on Bagnaia's bike: a new exhaust system.

Pretending not to notice it was is actually difficult, because it was really long and reached under the tail. An exhaust system is usually extended to get more torque. Suzuki had also tried a very similar solution in the past.