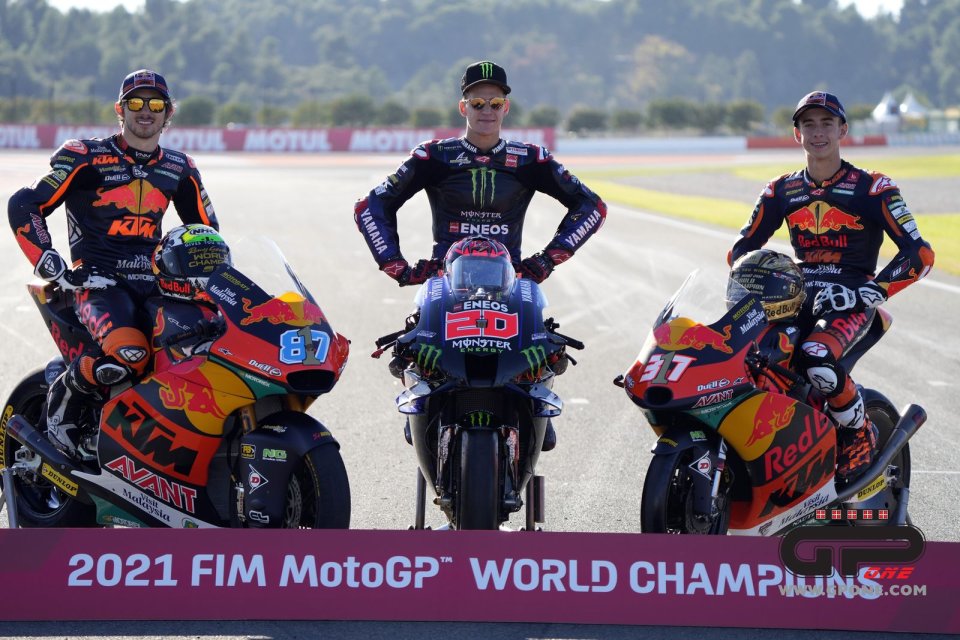 The MotoGP World Championship ended last Sunday and people are already thinking about the next season. Waiting for the tests at the end of the week, in Jerez, which will close the championship definitively, opening the winter break and the stop to the tests, the FIM has released the provisional list of the riders registered for the 2022 championship.

No news of course, the names of the riders are those we already knew. Rather, there is still some uncertainty about the names of the teams' sponsors: if it is confirmed the Italian WithU for the Yamaha team, which has already put Dovizioso on track and will welcome Darryn Binder, the names of the title sponsors of Pramac, VR46 (Aramco is not there) and Gresini Racing are still missing.

Nothing serious, of course, especially for Pramac, which is in fact team owner and title sponsor. Slightly different is the situation for team Gresini and VR46, who have yet to announce the main sponsor. But there is still time and before making the announcement, maybe some signatures are still missing. 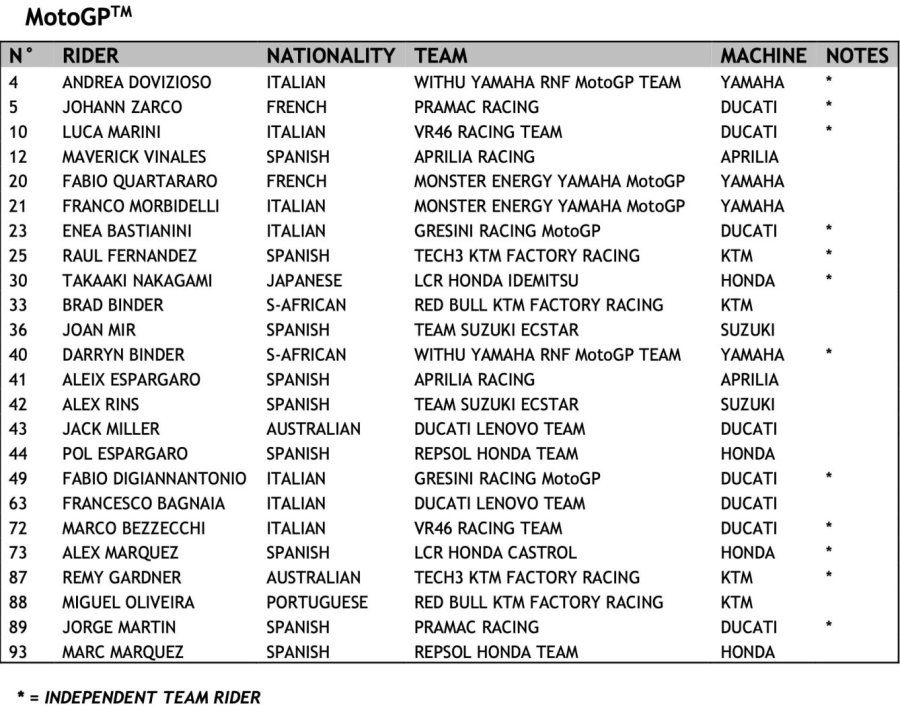